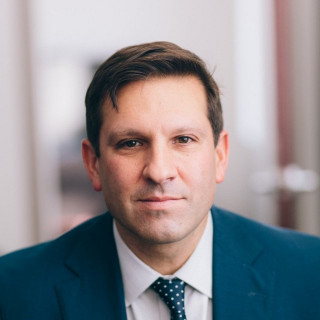 Ben grew up in Portland, Maine, attended public schools and graduated from Deering High School in 1989. Ben attended Cornell University in Ithaca, NY and earned his law degree from the Yale Law School.

Ben began his career in private practice at a large, multi-national law firm, Latham & Watkins, in New York City. He practiced there for several years before deciding to return to Maine to join Maine’s largest plaintiff’s law firm. In 2021, Ben left that firm and formed Gideon Asen LLC.

Ben’s accomplishments, professionalism and character have won him the recognition of his peers. Ben has been named in Best Lawyers in America every year since 2013 and was named “Lawyer of the Year” for the State of Maine twice. Ben has been listed in Super Lawyers every year since 2013. He has received the top rating of “AV Preeminent” from Martindale-Hubbell and has a 10.0 out 10 rating on AVVO. In 2019, Ben became only the second lawyer in Maine to be inducted into the Inner Circle of Advocates, an invitation-only group of the best 100 plaintiff lawyers in the United States.