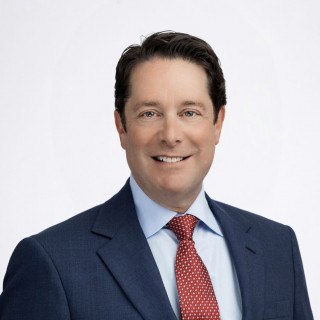 Brent’s commitment to his clients and his advocacy have resulted in other members of the legal community holding him in the highest regard. Due to his recognized professional excellence and high ethical standards, Brent has been awarded the AV Preeminent® Rating from Martindale-Hubbell®, the premier legal resource for peer ratings and reviews. These attributes have also allowed him to secure impressive results and success in and out of the courtroom. Brent has been a member of the Multi-Million Dollar Advocates Forum* since 2013, which is an honor obtained by less than 1 percent of trial lawyers nationwide who have won multi-million-dollar verdicts, settlements, or awards. He has also been named in National Trial Lawyers Top 25 Workers Compensation’ Trial Lawyers* since 2019.

No honor or accolade is as important to Brent as the satisfaction of his clients. During his long legal career, Brent has always centered his practice on providing personalized attention to his clients. He knew he could help people when they needed it most and always took this role seriously.

Many of Brent’s clients and members of his team say that he treats them like family. Brent is proud of the family atmosphere he `has created at his firm and extended to each additional office as he has expanded to Columbia, Spartanburg, Beaufort, and Charlotte. From any of these locations, clients know they can find an advocate they can trust at Stewart Law Offices.

The personal injury attorneys at Stewart Law Offices, LLC represent injury victims across South Carolina and portions of North Carolina. We provide effective representation for those who need it most,...