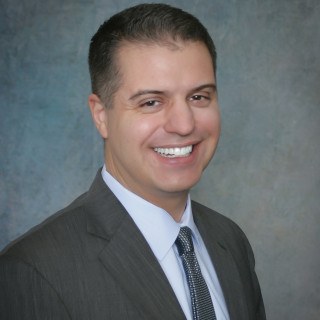 Mr. Joseph represents individuals and businesses during the investigation and prosecution of criminal charges in federal and state courts. He also represents businesses and individuals in complex civil litigation, primarily in federal court. He leads the firm’s criminal and civil asset forfeiture practice groups.

After graduating from law school, Mr. Joseph was appointed by Chief United States District Judge John Lungstrum, District of Kansas, to serve as his law clerk from 2000 to 2002. He joined Joseph, Hollander & Craft in August of 2002 and has led the firm’s criminal practice group since 2015.

Mr. Joseph is routinely called on to serve in various leadership roles in the bar and legal community. He was selected to serve on merit selection panels for the selection and appointment of federal magistrate judges in 2010, 2015 and 2018, and served as chair of two of the panels. He was also a member of the Bench-Bar Committee for the United States District Court for the District of Kansas from 2009 to 2010.  In 2013, he was selected by the United States Court of Appeals for the Tenth Circuit to serve on the merit selection panel for the selection and appointment of the District of Kansas Federal Public Defender. Mr. Joseph has served as the Kansas Vice President for the Tenth Circuit Historical Society since 2018. In 2017 and 2018, Mr. Joseph served on the Kansas Judicial Council’s Advisory Committee on Reformation of Civil Asset Forfeiture Laws and testified before the legislature on behalf of the Judicial Council.  In 2019, he was selected to serve on the Council's Criminal Law Advisory Committee.

Is Scienter an Element of Criminal Securities Fraud in Kansas?
University of Kansas Law Review
1999

Q. How do I get a criminal case that was dismissed over 10 year ago off of my record?
February 15, 2017
A: You can file a petition to expunge the arrest. Both arrests and convictions can be expunged (removed from your record). Contact an attorney for assistance with expungement