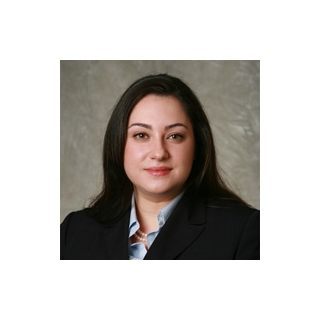 Daniela F. Henriques began her legal career at Leav & Steinberg in 2002. Motivated by her desire to make an impact as an advocate for the seriously injured, she continued to work as a paralegal at the firm while attending law school full time. She received her J.D. from New York Law School in Manhattan, where she graduated cum laude. She was the recipient of the New York State Bar Association Legal Ethics Award. Upon joining the firm as a lawyer in 2005, Ms. Henriques continued to work on all aspects of case investigation, client and witness interviews, drafting and overseeing pleadings, writing and arguing appeals and motions, plaintiffs' and defendants' examinations before trial, court appearances and trial preparation. Mrs. Henriques became the managing attorney at the firm in 2012, and partner in 2013. Mrs. Henriques has been named in Super Lawyers magazine as one of 2013, 2014 and 2015 New York Metro Rising Stars. Ms. Henriques's specialty is legal research, analysis and writing. Ms. Henriques's insights into what is necessary to support or defend a particular legal argument has made her a valued asset in both providing support to the trial attorneys and winning motions and appeals. Because of her astute abilities to research and analyze legal issues, Ms. Henriques is often asked to prepare and argue pre-trial motions concerning labor law claims, municipality and premises liability, as well as motor vehicle accident cases. Since joining Leav & Steinberg, she has prepared and argued appeals in both the Second and First Departments of the Appellate Division. Often, Ms. Henriques's ability to argue the application of a given set of facts to governing law, secures a favorable judgment, thereby eliminating the need for a liability trial. At other times, her vigorous opposition to dismissal motions, defeats a defendants' motion, thereby keeping viable defendants in the case to contribute towards a settlement for plaintiffs.

Q. I was walking across a parking lot and was hit by a slow moving car.
August 8, 2016
A: Yes. Under New York insurance law, a pedestrian is entitled to receive no-fault benefits from the vehicle that struck said pedestrian, up to (typically) $50,000 that would cover medical expenses, including ambulance service, hospital/emergency room service, medical providers, radiology, surgery, etc. In addition, if said pedestrian suffered a disability as a result of his/her injuries and is unable to return to normal duties at work, as part of the no-fault benefits, said pedestrian would be entitled to loss wage reimbursement from the insurance carrier. Note, typically, one can locate the identity of the insurance carrier on the police accident report (look for a 3 digit insurance code to the right hand side immediately under the “owner” information of the vehicle). The time to file a timely no-fault application with the insurance carrier for the vehicle that struck said pedestrian expires 30 days after the accident. Also, important to note, that typically all medical bills or other items seeking reimbursement, must be submitted to the insurance carrier for consideration within 45 days of the date of service of such treatment. Regulation 68 requires that "in the event of an accident, written notice setting forth details sufficient to identify the eligible injured person, along with reasonably obtainable information regarding the time, place and circumstances of the accident, shall be given by, or on behalf of, each eligible injured person, to the applicable No-Fault insurer, or any of their authorized agents, as soon as reasonably practicable, but in no event more than 30 days after the date of the accident, unless the eligible injured person submits written proof providing clear and reasonable justification for the failure to comply with such time limitation." You should file your claim with the insurance company which covers the car in which you were an occupant (either as passenger or driver) or, if you were a pedestrian, with the car that struck you. If you do not know the vehicle that struck you or if the vehicle was uninsured, you may file a claim with the insurer of a household family relative who had an auto policy at the time of the accident. If there was no auto policy in the household, you should file a claim with the Motor Vehicle Accident Indemnification Corporation (MVAIC). Source: http://www.dfs.ny.gov/consumer/faqs/faqs_nofault.htm