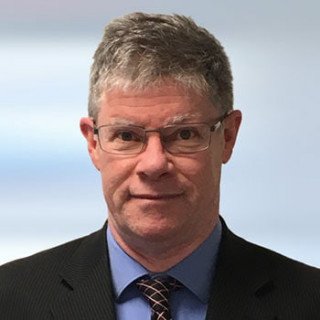 David Porter, Esq. is an experienced, dedicated, and effective advocate for Chicago’s workforce.

Mr. Porter received his B.A. degree from the University of Michigan in 1982 and earned his Juris Doctor degree from Hofstra University in New York in 1985.

After law school Mr. Porter practiced law in New York for 10 years. Then he and his family moved to Illinois (to be closer to their family members), where he has been in private practice since 1995 (all at his current location).

For the last 30 years Mr. Porter has devoted himself to the practice of employment law primarily on behalf of employees. Mr. Porter has represented hundreds of clients against New York and Illinois employers, both large and small, in negotiation, mediation, arbitration, and litigation of claims including retaliation (for protected complaints), discrimination (on the basis of age, race, pregnancy, sex, disability and national origin), FMLA, breach of contract, non-compete agreements, overtime/ wage and hour claims, and unemployment hearings. Mr. Porter has extensive experience in federal court, and EEOC/ IDHR proceedings, as well as in providing general employment advice, strategic counseling, preparing and reviewing employment contracts and non-compete agreements, and negotiating severance packages.

Illinois
Supreme Court of Illinois
Since 1995

Q. Last Wednesday I was told my job was eliminated. Is there any protection for older citizens?
May 2, 2019
A: The Age Discrimination in Employment Act of 1967 (“ADEA”) protects employees who are 40 years of age or older from employment discrimination based on age. There also may be state laws that protect you. Both of these sets of laws (Federal and State) have size requirements as to the required size of the Employer. Asking an employee when the employee is going to retire is a classic example of a forbidden question. It is important that you document such question - at the minimum by keeping notes/ a written chronology of such improper statements and events. Other actions may also be warranted. You do have many options on how to proceed, and the best thing for you to do is to speak to an employment attorney in your city/ state (preferably a NELA attorney - National Employment Lawyers Association - such as myself), who can ask you detailed questions to ascertain the best course of action for you to take. David Porter, Esq. 33 N. LaSalle Street Suite 2000 Chicago, Illinois 60602 Phone: (312) 236-1207 Fax: (844) 270-1764 DPorterLaw@ameritech.net