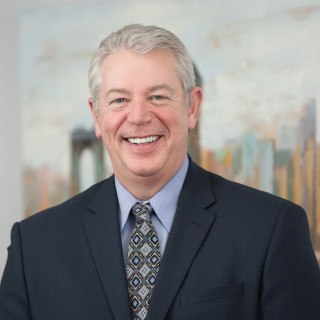 Dennis received his law degree from DePaul University in Chicago. He is licensed to practice in Illinois, Iowa, and the federal courts. During his career he has represented clients in almost every state of the country. The focus of his practice has been on helping injured people. The law firm which bears his name has represented over 50,000 injury victims during his career, in all areas of personal injury law including but not limited to: motor vehicle accidents, product liability, premises liability, medical malpractice, nursing home abuse and neglect, worker’s compensation, mass and class actions, and all types of negligence cases.

His dedication to his clients has earned Dennis and his firm the prestigious Torch Award for Ethics, awarded by the Better Business Bureau, marking the first time this honor was ever bestowed upon a lawyer or law firm in the region. Dennis has also been awarded the Client’s Choice Award from AVVO Lawyer Rating Service and Client Champion recognition from Martindale-Hubbell, the most established attorney rating service in the profession. In 2018 and 2020, Dennis was voted as the Best Attorney in Eastern Iowa and Western Illinois in a survey conducted by the Quad-City Times. He was runner-up for that honor in 2019.

His success in the field of personal injury law is illustrated by his inclusion in the Multi-Million-Dollar Advocates Forum, whose membership is limited to those attorneys who have secured multi-million-dollar verdicts and settlements, which he has done dozens of times in his career.

Illinois
Supreme Court of Illinois
Since 1989

Iowa
Supreme Court of Iowa
Since 1994

Top 1%
National Association of Distinguished Counsel
2020
Honorees are thoroughly vetted by a research team, selected by a blue ribbon panel of attorneys with podium status from independently neutral organizations, and approved by a judicial review board as exhibiting virtue in the practice of law.  Dennis has been so honored each year since 2015.

Lawyer of Distonction
Lawyers of Distinction
2020
Lawyers are nominated by peers. Then an independent review is done on indicators of professional achievement and peer recognition. Next, an ethics review is completed. Less than 10% of attorneys qualify

Avvo Client's Choice
Avvo
2020
Avvo is a Lawyer Ratings Service. In addition to being rated 10/10 Dennis has been awarded the Client's Choice Award in Personal Injury. Dennis has earned this distinction since 2014

Member
Million Dollar Advocates Forum
2020
Membership includes only those attorneys who have achieved million and multi-million-dollar verdicts and settlements for their clients. Fewer than 1% of all U.S. lawyers are allowed membership into this organization.

Member
Multi-Million Dollar Advocates Forum
2020
Honorees must have acted as Principal Counsel in at least one case which resulted in a trial verdict (and final judgment), award or settlement in the present value amount of Two Million Dollars or more.  Dennis first earned this honor back in 2007 when it was first established.

Lifetime Achievement Award
Premier Lawyers of America
2019
Honorees are identified by an Advisory Committee or attorney nominations. That then evaluated based on a number if criteria including:  case outcomes, legal experience, certifications, teaching experience, published works, reviews, etc.  A second review is conducted to select lifetime honorees.  Less than 1% of attorneys are selected as a member of Premier Lawyers of America, Even fewer are honored with the Lifetime Achievement Award.  To be nominated is a privilege. To be recognized is a true honor. To receive the Lifetime Achievement award signifies an elite level of legal excellence that merits a once-in-a-lifetime recognition

10 Best Attorneys-Illinois
American Institute of Personal Injury Attorneys
2019
American Institute of Legal Counsel is an impartial third-party attorney rating organization comprised of 6 divisions consisting of Criminal, DUI/DWI, Personal Injury, Bankruptcy, Elder, and Family Law. The American Institute of Legal Counsel compiles an exclusive list of the “10 Best” Attorneys for each State. This is a prestigious honor for the Attorney as each Attorney must: Be formally nominated by the Institute, client, and/or fellow Attorney; Have attained the highest degree of professional achievement in his or her field of law; and Having done so with an impeccable Client Satisfaction rating.

Best Personal Injury Law firm-Midwest USA
US Business News
2019
US Business News ensures their awards are only given based on merit and not how many votes have been received. They investigate many different fields when judging a firm.  Dedication to client service, demonstrated excellence in areas of focus, reported verdicts and settlements, peer and client reviews, are all areas that are considered and factored into the decisions of their research team

Top 100 Lawyers
American Society of Legal Advocates
2019
This honor is a nationwide organization of elite lawyers in practice today who combine stellar legal credentials with a proven commitment to community engagement and the highest professional standards. A team of lawyers spent six months researching tens of thousands of lawyers across the country and manually selecting less than 1.5% of all lawyers based on an array of criteria. ASLA’s Top 100 Lawyers recognize exceptional legal talent.

Lifetime Achievement Award
Marquis Who's Who
2017
Mr. VanDerGinst has been consistently selected to various lists of Who's Who over the years. But, in 2017 he was presented the Albert Nelson Marquis Lifetime Achievement Award, in recognition of his many years of excellence in the legal profession. He was selected for achievements, leadership qualities, and the credentials and successes he has accrued in his field

We only represent the injured party, so there's never a conflict of interest. The people we represent don't pay us unless we're successful in getting compensation for the injuries they've had to endure. At VanDerGinst Law, we operate differently. Every person who contacts us has a story to tell and we take the time to listen and understand, we want to hear your story.