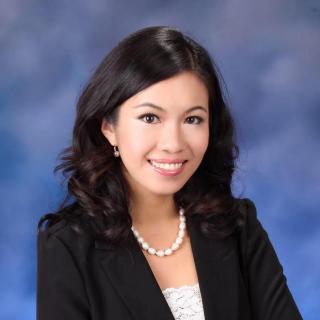 Elizabeth was admitted to the United States Patent & Trademark office in 2007. At the age of 19, she earned her Bachelor's degree in Electrical Engineering and Computer Science from UC Berkeley in two and a half years. In 2011, Elizabeth founded Yang & Wang, P.C., a boutique law firm that ultimately gave life to the Law & Mediation Offices of Elizabeth Yang. Prior to starting her own practice, Elizabeth gained extensive experience at various international intellectual property law firms where her practice primarily focused on a variety of technologies.

Elizabeth further has extensive experience dealing with family law issues involving child custody, child support, alimony, asset division, pre-nuptial agreements and post-nuptial agreements. Being a mother of two young children , she understands and can relate to clients who are also undergoing emotional divorces.
Prior to practicing law, Elizabeth worked for Raytheon Company as an electrical engineer designing radar systems for the B2 Bomber. She has also interned at NASA Jet Propulsion Lab, working as a team member on the main control unit of the Mars Exploration Rover.

In 2016-2019, Elizabeth was awarded the "Top 100 Civil Lawyers" award and the "Top 40 Lawyers Under 40" award by the National Trial Lawyers Association. In 2017 and 2018, Elizabeth was recognized by Thomson Reuters Super Lawyers as a "Rising Star" ranking her in the top 2.5% of lawyers in California and also presented with the Lawyers of Distinction award, recognizing her as the top 10% of lawyers in the United States.

United States District Court for the Central District of California

United States District Court for the Northern District of California

United States District Court for the Southern District of California

Super Lawyers recognizes Attorney Elizabeth Yang as a 2017 Rising Star, putting her at the top 2.5% of attorneys across the entire nation.