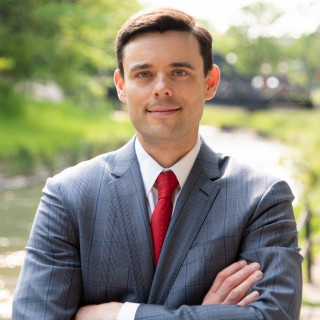 David Hammond is a partner attorney at Carden Dotzler Hammond, PLLC where he focuses on criminal offenses including drug, DWI, and traffic offenses. He is also the co-founder of a separate law practice, The New York Traffic Ticket Lawyers, which is dedicated to defending clients that have been accused of traffic infractions, from simple traffic tickets like No Seatbelts or Inspection Stickers to more serious offenses like DWI or Failing to Yield.

David will fight for you as you confront your legal challenge. Whether you are facing a serious criminal charge or a routine traffic ticket, a complicated custody matter or an uncontested divorce, no challenge is too large.

He is able to achieve results because of his discipline. Serving in the military forged self-discipline into his character. David served nine years and two combat tours as a US Army officer. While in the army he was a prosecutor and spend years in the courtroom honing his advocacy skills. David advised commanders and leaders in combat on the legal parameters of warfare. He also defended soldiers accused of serious criminal offenses on appeal. He puts the same level of commitment into his law practice.

What separates David from other attorneys is his passion for helping clients through the legal process. Achieving a positive outcome is his priority.

David holds a B.A. in political science from North Carolina State University and a J.D. from Syracuse University College of Law.

Founding Partner
The New York Traffic Ticket Lawyers
2022 - Current
The New York Traffic Ticket Lawyers are a team of highly skilled attorneys with a proven history of achieving the best possible outcome when fighting traffic tickets. Our attorneys are former prosecutors who have investigated, litigated, and defended traffic infractions on all levels. Some of these infractions include speeding tickets, DWI, and even traffic fatalities.