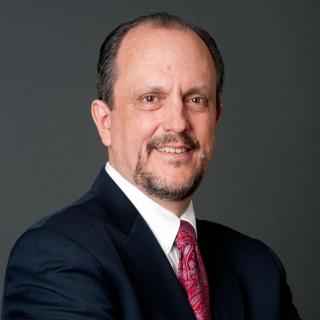 Respect for working men and women is the driving force behind my commitment.
Badges
Claimed Lawyer ProfileSocial Media
Summary

Respect for working men and women is the driving force behind Mr. Johnson’s commitment to worker’s compensation law. It is a respect that runs deep. One of Mr. Johnson’s grandfathers was a Kentucky coal miner; the other, a member of the United Rubber Workers. Because both his grandfathers worked extremely hard in less-than-ideal environments, Mr. Johnson has great empathy for those who get hurt on the job. Over the years, Mr. Johnson has recovered millions of dollars for people suffering from a variety of work-related injuries. He prides himself on thoroughly preparing for each case and staying in close, personal contact with clients. Mr. Johnson travels statewide to represent his clients. He has argued cases at all 17 workers’ compensation sites throughout the state of Illinois. He has also argued cases in many Circuit Courts in the Illinois Appellate Court. Because he is bilingual, Mr. Johnson works with a number of Spanish-speaking clients, many of whom are unfamiliar with the workers’ compensation system and are greatly relieved to discuss their legal dilemma in their own language. All clients find reassurance in Mr. Johnson’s understanding, professional demeanor and his willingness to take even tough cases to trial. Mr. Johnson’s proudest moment as an attorney came when he helped a 23-year-old mentally disabled man beat the Social Security Administration. The federal government believed it had overpaid the young man by thousands of dollars and was trying to get it back. But this man had no source of income and his father was battling cancer. Mr. Johnson argued the family had complied with all Social Security requirements and convinced the judge that it would be wrong to penalize the family for the government’s error. Mr. Johnson graduated in the top 15 percent of his class from the John Marshall School of Law, where he was a member of Law Review and served as a staff editor.

Police Officer and Other First Responders

I am attorney Jay Johnson and I am honored to have represented many men and women in law enforcement who have suffered on the job injuries. I fight for those...

Call us today or send us an email to schedule an appointment. https://woodrufflawyers.com/Se-Habla-Espanol/Contactenos.shtml