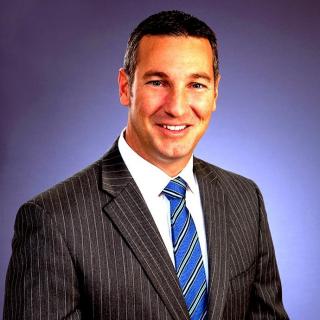 Jeff is the Managing Partner of Lieser Skaff Alexander (LSA), a 9-attorney firm with 3 Florida offices. Jeff has concentrated his practice on business law and business litigation.

In 2017 and 2018, Jeff was named to the Florida Legal Elite roster. The select lawyers on this prestigious list represent fewer than 1.5% of active Florida Bar members. Jeff has also been selected as a Rising Star by Super Lawyers® magazine each year from 2013-2017, an honor based upon peer review reserved for the top 2.5% of attorneys under age 40.

Jeff represents clients in complex business and civil litigation cases at both the trial and appellate levels. He is also a Circuit Civil Mediator and a Major in the United States Army Reserve J.A.G. Corps and a Veteran of Operation New Dawn in Iraq. He deployed with the First Heavy Brigade Combat Team, First Infantry Division. While deployed, Jeff served as the Brigade's Legal Representative in Iraqi courts where he prosecuted terrorism cases involving attacks against U.S. Forces.

Jeff attended law school at the University of Florida in Gainesville where he clerked at one of that city’s oldest and largest law firms. After law school, he served as the Finance Director of a successful statewide political campaign and subsequently worked at a prestigious, full-service and statewide law firm.

Rising Star
Superlawyers
2017
This is an honor based upon peer review reserved for the top 2.5% of attorneys under age 40.

A large part of the reason we love what we do is, we love out-thinking the other side to secure a great result for our clients. There is nothing more rewarding than solving someone's problem. As lawyers, what we often tell clients is, essentially, "don't worry, go home and sleep well tonight, we've got this."

The Attorneys of Lieser Skaff Alexander - Principles Set Them Apart

LSA’s mission is to improve the lives of its clients by providing the highest caliber of legal services. The foregoing, plus the firm’s work ethic, attention to detail, and genuine, collaborative and approachable style, sets it apart.