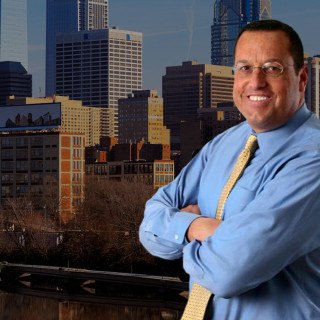 Joel J. Kofsky has been successfully representing personal injury cases since 1991. He has assisted victims of car accidents, bike accidents, and slip and fall accidents, among many others. He has obtained numerous settlements for his clients over the years, including some in the six figure range:

Mr. Kofsky received his J.D. from Widener University School of Law and his MBA from George Washington University. He is a member of the Pennsylvania Trial Lawyers Association and has been admitted to the bar in Pennsylvania and for U.S. District Courts in the Eastern and Middle Districts of Pennsylvania.

Mr. Kofsky only works for individuals and has never represented a corporation. His office is available 24 hours a day, and you can reach him after hours at (267) 777-7411, in the event of an emergency.

Except for his years in college, Mr. Kofsky has lived in the Delaware Valley throughout his whole life and is an avid Phillies and Eagles fan. Outside of work, Mr. Kofsky enjoys participating in sports by playing in several different sports and coaching his son’s teams.

How to Win Limited Tort Cases
2011

So you were involved in an accident

Important Information for those who have been in an Accident

Why you need a Personal Injury Lawyer

Why you need a Personal Injury Lawyer

What if the police dont come to the accident scene

What if the police dont come to the accident scene

Slip and Fall Accidents and how we can help you.

How we can help you with your slip and fall accident

I do not have insurance

What happens if I do not have insurance ?