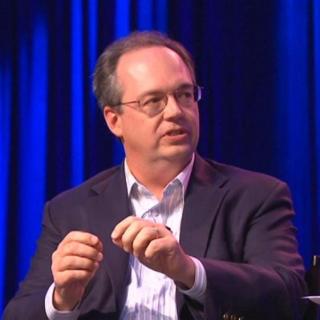 John Howley has more than 30 years of experience representing clients in employment disputes and as whistleblowers seeking financial rewards and legal protections. His experience includes:

Medal for Excellence in Advocacy
American College of Trial Lawyers

The Philippine American Chamber of Commerce, Inc.
Member, Board of Directors
1990 - Current

American Chamber of Commerce of the Philippines
Member, Board of Directors
2009 - 2010

Lawyers' Committee for Civil Rights Under Law
Member, Board of Trustees
2001 - 2003

Commission on Independent Colleges and Universities
Member, Board of Trustees
1980 - 1985

Q. What are the legal options for the Plaintiff if municipality does not offer or decline a settle within 30 days
September 9, 2019
A: Your next step is most likely to commence a lawsuit if you have not already done so. You should consider retaining an experienced employment lawyer for such a lawsuit. There are many, complicated procedural requirements for pursuing an employment lawsuit. In addition, many judges assume that individuals who represent themselves are doing so because no lawyer would take the case. If you have a strong case, many employment lawyers will take it on a full or partial contingency fee basis. This means that you will not pay any legal fees unless you win.

Q. If the EEOC complaint does not have certain parties named, does that mean I cannot add them to a summons and complaint
June 13, 2019
A: As a general rule, you cannot sue a defendant under Title VII unless they were named in the underlying EEOC charge. There are some exceptions, but those exceptions are very complicated. There are also ways to expedite the process of naming a missing defendant. My question to you is: Why do you not have a lawyer who can handle all of these very complicated procedural and jurisdictional issues for you? If you have a strong case, many employment lawyers will represent you on a full or partial contingency fee basis (in other words, they do not receive their fee unless you win).

Q. The HRA of NYC is trying to terminate me because of my past convictions can I get a temporarily injunction
February 1, 2019
A: It is possible (but very difficult) to obtain a temporary injunction in an employment termination case. You must present evidence that: (1) you will likely win the lawsuit; (2) that you will suffer "irreparable harm" if you are terminated; and (3) the equities are balanced in your favor. A lot will depend on the facts of your case, including whether you are a union member, whether HRA has other grounds to terminate you, etc. The most difficult part is proving "irreparable harm." You will have to prove that money damages will not cure the harm caused by your termination. If your only harm is lost wages, then money damages will be sufficient. You must prove that you will suffer other types of harm that cannot be addressed by an award of money at the end of the case. If you do win a temporary injunction, you may be required to post a bond. If it turns out that you should not have received injunctive relief, HRA will be able to collect damages against you. This is not something you should try to handle on your own. Consult with an experienced labor and employment lawyer.