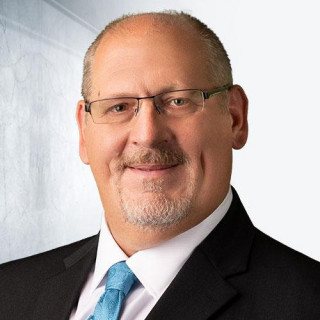 A lifelong resident of Illinois, John Waldman raised his family in the Pekin/Peoria area, where he resides today. John attended Southern Illinois University in Carbondale, graduating with University Honors with a Bachelor's Degree in Political Science and Paralegal Studies. He began practicing law after graduating from the University of Illinois College of Law in 1988.

After law school, John began working for a law firm that primarily did work for insurance companies, defending personal injury and workers' compensation claims. Trying to save insurance companies money at the expense of innocent accident victims was not very rewarding. He joined Kanoski Bresney in 1994 and has worked tirelessly for injured victims ever since.

John is an avid NASCAR fan and craft beer enthusiast.

Illinois
Supreme Court of Illinois
Since 1988

If you have been injured at work, or if you are experiencing health issues related to your job, the attorneys at Kanoski Bresney can help you receive the benefits you...

If you have suffered a personal injury, Kanoski Bresney can provide you with legal representation and help you seek justified compensation. Available 24/7, our personal injury attorneys have a 98%...