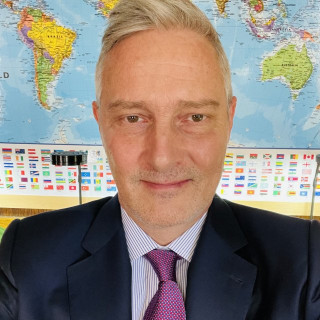 Named one of America’s Top 100 Attorneys and one of the Top 100 Criminal Trial Lawyers by the American College of Trial Lawyers, Joseph Bondy is an internationally-recognized expert in criminal litigation. With 27 years of superlative trial and federal sentencing experience, Bondy has advised thousands of clients in complex criminal defense, cannabis business and advocacy, and crisis management matters. The New York Times has described him as “eloquent and armed with the serene demeanor of a surgeon,” saying that “his oratorical intensity hovers at the evangelical.” High Times dubbed Bondy “one of the nation’s preeminent cannabis attorneys,” and his outstanding talent for defense strategy has been hailed by such outlets as CNN, Politico, and New York Law Journal, as well as legal analysts from around the world. Bondy’s unique approach to criminal defense and public media strategies were particularly praised on a global level while he represented Lev Parnas, a Guiliani associate connected to the Ukraine scandal leading to Donald Trump’s first impeachment. Bondy and Parnas’s interview on The Rachel Maddow Show (MSNBC) was its highest audience-drawing episode of all time, earning an Emmy nomination; and a subsequent feature on Anderson Cooper 360 was one of that program’s most-viewed episodes of the year.

Bondy serves on the Board of Directors for the National Organization for the Reform of Marijuana Laws (NORML) and is a Vice President and Board Member of the Cannabis Cultural Association (CCA). A graduate of Columbia University and Brooklyn Law School, Bondy was a leading member of a team of attorneys on the seminal case Washington v Barr (2019), originally Washington v Sessions (2017), which took action against the Department of Justice with the aim to legalize cannabis federally. He is the founder of In The Know 420, a well-known podcast on cannabis law, policy and industry. Bondy is also a lifetime member of the National Association of Criminal Defense Lawyers.

Understanding Your Right to Present a Theory of Defense

Q. My 19-year-old son has two cases. Bronx and Brooklyn. Each one has a gun charge. Can they sentence twice 4 CRIM POSS W
January 3, 2023
A: Regrettably, yes. Based on your question, your son is charged separately in two jurisdictions—the Bronx and Brooklyn. The matters are therefore based on separate alleged conduct, and gun counts are charged in each case. If your son is convicted in each jurisdiction, then he will be sentenced separately. That is not to say his defense counsel could not negotiate or seek concurrent sentencing.

Q. Good evening if I am on colors for drug testing in Kentucky and I legally live in my residence in Ohio can I smoke weed
July 7, 2022
A: I don’t know what it means to “be on colors” in Kentucky, and I am not an attorney in Ohio, however cannabis possession in Ohio is unlawful whether in public or your home—possession of under 100 grams remains a misdemeanor. See, generally, https://norml.org/laws/ohio-penalties-2/