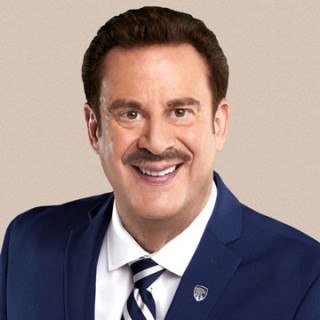 Juan J. Dominguez is a nationally recognized, award-winning, bilingual attorney. He is the founder, CEO and Managing Partner of The Dominguez Firm, LLP; a Los Angeles based personal injury, workers' compensation,and employment law practice with a legal staff of over one-hundred employees. The firm is one of the most successful and well-known injury law firms in Southern California.

In 2011, Mr. Dominguez was nominated Attorney of the Year by the Consumer Attorneys of California (CAOC). In 2013, he was honored with distinction by the Hispanic National Bar Association with the Attorney of the Year award. In 2014, the Mexican-American Bar Association honored him with the Special Recognition Award for his outstanding career accomplishments and contributions to the community. In 2015, The Los Angeles Business Journal awarded him the Latino Business Award for setting the example for excellence. In 2018 Los Angeles Magazine named Mr. Dominguez a Super Lawyer for the ninth year, and Pasadena Magazine named him a Top Attorney from 2010 through 2018.

Mr. Dominguez is a lifetime member of the exclusive Multi-Million Dollar Advocates Forum and Elite Lawyers of America and a long-time member of several other major national, state and local bar associations, including The National Trial Lawyers Top 100 and The Order of Distinguished Attorneys of the Beverly Hills Bar Association. His significant experience as a trial lawyer was recognized by the Trail Masters lawyer association with a lifetime membership and the Seal of Experience award.

Mr. Dominguez worked for several years in the emergency rooms of major trauma centers at UCLA Medical Center and St. Francis Hospital, assisting seriously injured patients. There he developed a keen insight and deep compassion for the gravely injured. This ingrained compassion for those in need is reflected not only in the thousands of injury cases he has championed but also in the over 50 charitable causes he supports in the U.S. and abroad.

Attorney of the Year
Consumer Attorneys of California
2009

E-BOOK: EMPLOYMENT LAW - GET THE JUSTICE YOU DESERVE
Juan Dominguez

E-BOOK: TAKE YOUR POWER BACK - LEGAL RIGHTS FOR VICTIMS OF SEXUAL HARASSMENT OR MOLESTATION
Juan Dominguez

Starting Your Own Law Firm, Law School Seminars, Loyola Law School
May 10, 2015
The Dominguez Firm, LLP
Spoke to lawyers and law students at Loyola Law School about starting and being successful in your own law practice. I was the only presenter.

Welcome to The Dominguez Firm

The Dominguez Firm is one of the most widely recognized & successful personal injury law firms in Greater Los Angeles, with a proud success record of over $750 million won for injured accident victims. For 30+ years the firm has championed the rights of injured clients in thousands of cases involving all sorts of accidents & injuries throughout So. Cal. The firm is a proven powerhouse personal injury law firm with the experience, resources, recognition, & results that most other law firms lack.

Q. What are my options when my attorney ignores my calls for long time?
November 5, 2021
A: If your attorney is ignoring all your calls for a long time, then you should consider possibly changing to an attorney that is more responsive. An attorney is required to be responsive and communicate with his/her client. Failing to do so may subject the attorney to possible State Bar discipline.