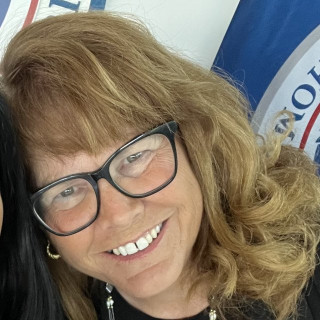 Kyndra L Mulder, Esquire has been a licensed attorney for more than 34 years and practices U.S. Immigration and Nationality Law only. Attorney Mulder has represented thousands of immigrants successfully. The largest percentage of her cases involve WAIVERS. A Waiver may be needed to Adjust Status with the USCIS, when going through Consulate Processing, or, as Defense to Removal before the Immigration Court. Attorney Mulder handles the entire case including the preparation and filing of the WAIVER and all underlying petitions and applications. She is skilled at the most complex cases that involve multiple government agencies.
There is no substitute for Attorney Mulder's practical experience and passion for your success. Below are some of Attorney Mulder's life experiences and accomplishments;
* A reality show in Germany featured the story of a foreign adoption initiated by Attorney Mulder.
* Named one of Northeast Florida's top attorneys by 904 Magazine.
* Lived in Hawaii and wrote a thesis on the the Japanese assimilation into American culture after World War II.
*Studied Russian at Moscow State University in Moscow Russia.
*Professor of International Business and Law in the former Soviet Union.
*Created the international non profit organization, A Home For Every Heart, (AHEH). AHEH is responsible for hundreds of adoption. Surgeries for 33 children, providing school supplies, organizing summer camps, creating an art room in an orphanage.
*Personally delivered over 1500 Christmas gifts to children in Central Asia through Operation Christmas Child.
*Worked directly with a foreign consulate on immigration issues related to students families business and adoptions.
*Met with the Governor and Senators of a foreign nation to implement an international adoption program.
* Provided uniforms to a countries special olympic team.

Senior Attorney
Mulder Law Office, P.A.
1987 - Current
I have been a practicing attorney for 30 years.

Hawaii Pacific University
Cultural Intergration
1980 - 1980
Activities: The study was into the integration of the Asian population into Hawaii culture and the effects on the native Hawaiian culture.

Top Attorney in North Florida
904 Magazine
2014
904 selected for publication the top attorneys in North Florida in their respective areas of practice. Kyndra L Mulder, Esquire was selected in the area of Immigration and Nationality Law.

The Law of Supply and Demand in a Free Market, Internation University Education
2003

Q. What can I do I think my husband did a fraud marriage with me just so he can get a visa
November 29, 2021
A: You can divorce him if you choose. Send a letter to the USCIS telling them of your concerns and the status of your marriage. You are under no obligation to continue assisting him with his immigration. USCIS will put your letter in the file.. When he applies for any future immigration benefit the letter will be seen and the service has the discretion to determine whether he committed marriage fraud. However, if you signed an I-864 on his behalf you remain bound by its terms.

Q. My husband is trying to marry in India we are married he got a visa because we are married what can I do
November 29, 2021
A: If in fact he marries, the marriage is void from its onset. You can divorce him and notify the USCIS of the situation by sending a letter. It is very unlikely the USCIS will take any action against him until he has an interview for an immigration benefit. The letter will be placed in a file and addressed by the interviewing officer.

Q. Hi. Is it a must that immigration officer has to provide Form N-652 after n400 interview regardless of outcome?
November 29, 2021
A: Sounds like this is a good time to get an experienced immigration attorney. The scenario you have presented indicates that you may be charged with marriage fraud. If this occurs your naturalization will be denied and you may be referred to the immigration court for removal proceedings. You will be given an opportunity to rebut the presumption of marriage fraud.