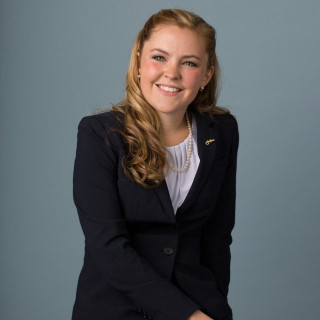 While in undergrad, she was the President of her sorority, Sigma Kappa, and involved in Student Government, Dance Marathon, and the Alzheimer's Association. While in law school, Laurel was the Vice President of the UF Law Trial Team, an editor of the Journal of Law and Public Policy, and a Teaching Assistant for Legal Writing, Appellate Advocacy, and Florida Criminal Procedure. Laurel was awarded several Book Awards for achieving the single highest achieving student in a course in Appellate Advocacy, Trial advocacy, Historic Preservation Law, and Interviewing, Counseling, and Negotiation. She had internships at the Federal Public Defender’s Office in Tampa, the Administrative Conference of the United States in Washington, D.C., the U.S. Department of Justice - Narcotic and Dangerous Drug Section in Washington, D.C., and worked as a CLI at the Public Defender’s Office for the 8th Judicial Circuit in Gainesville, FL. Laurel received the DC Gator Club J. Richard Sewell Internship Scholarship and UF Law's Outstanding Achievement Pro Bono Service Award, the highest pro bono award at the school, for her over 560 pro bono hours.

After law school she worked for the Law Offices of Julianne Holt as an Assistant Public Defender in the 13th Judicial Circuit in Hillsborough County. She participated in numerous juvenile, misdemeanor and felony trials and has received training in capital crimes. She became known for her tenacious motion practice and thrived in the trial atmosphere. She brings her extensive litigation and trial experience to civil and criminal litigation at the Law Offices of Donald C. Anderson, Jr. She is admitted to practice in Florida and Washington, D.C.