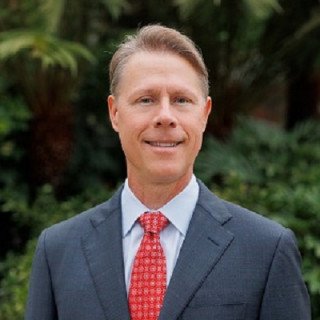 A seasoned trial attorney and skilled negotiator, Mark B. Wilson has won nearly every case he has tried and arbitrated. Mr. Wilson lost only one jury trial and obtained a complete reversal on appeal. Mr. Wilson represents clients in federal and state courts in a variety of matters, including business litigation, legal malpractice, real estate, trade secrets, unfair competition, copyright infringement, construction disputes, and commercial unlawful detainer.
Mr. Wilson’s victories include a $2.25 million jury verdict in a premises liability case, a $1.85 million dollar jury verdict in a breach of shareholder agreement case, a $1.8 million binding arbitration award in a legal malpractice case, a $1.4 million jury verdict in a copyright infringement case, a complete defense verdict in a partnership dispute where the client’s existence was at stake, and a complete defense verdict in an indemnity case where millions of dollars were at issue. His settlements include recovering $97 million in a breach of trust case, $3 million in a commercial construction dispute, $2.8 million in an employment dispute, $2.1 million in a legal malpractice action, and $2 million in a lease dispute.
As a meticulous attorney, Mr. Wilson brings to court an eye for detail and a sense of organization essential to winning complex trials.
The Daily Journal, the most widely read legal industry publication, named Mr. Wilson as one of California’s Top Professional Responsibility Lawyers. Mr. Wilson has been selected to the Southern California Super Lawyers® list since 2005. In 2017 – 2022, he was listed in the Super Lawyers® Top 50 Orange County List. Mr. Wilson was also listed in the Super Lawyers® Top 100 Southern California List in 2019-2022. Mr. Wilson was recognized as one of the elite trial attorneys in Orange County by OC Register Metro magazine. He achieved an “AV” rating from Martindale-Hubbell, denoting the highest level of professional excellence from his peers.

Best Lawyers
U.S. News & World Report
2018
Best Lawyers is the oldest and most respected peer-review publication in the legal profession. A listing in Best Lawyers is widely regarded by both clients and legal professionals as a significant honor, conferred on a lawyer by his or her peers. For more than three decades, Best Lawyers lists have earned the respect of the profession, the media, and the public, as the most reliable, unbiased source of legal referrals anywhere.

10.0 Superb
Avvo
2018
AVVO's mission is to assist the public in making the best decisions for their important legal needs by providing an unmatched level of transparency and unbiased profiles for individual attorneys. AVVO profiles contain helpful information including the attorney's trial history, experience, background, disciplinary history, and reviews from clients and peers.

Top 5% in Orange and Los Angeles Counties
Super Lawyers
2018
The attorneys named in Super Lawyers® Magazine are the top attorneys in their respective practice areas, selected by their peers. The Super Lawyers® Magazine selection process begins with a survey conducted by Los Angeles Magazine, sent to more than 65,000 attorneys in Los Angeles and Orange Counties. Attorneys were asked to vote for the best lawyers they had personally observed in action. Each lawyer was given a score based on the number of votes received and the source of those votes (votes of lawyers from other firms carry more weight than those from lawyers in the same firm). Only the top five percent of attorneys in Los Angeles and Orange Counties make it to the list.

Association of Business Trial Lawyers
Board of Governors
2017 - Current

How to Get Your Attorneys' Fees Reimbursed
Klein & Wilson Website

What are the Ethical Implications of Using Online Meeting Platforms?
Klein & Wilson
April, 2020

Why do Lawsuits Cost So Much Money
Orange County Business Journal
February, 2018

Treat the Family Business Like a Business
Orange County Business Journal
May, 2017

Traps for the Unwary in a Commercial Unlawful Detainer Case
OCTLA Gavel
December, 2013

Witness Interviews: Who Is Off Limits and Who Is Fair Game?
OCTLA Gavel
2010

The Do's and Don'ts of Closing Arguments
OCTLA Gavel
March, 2006

Mock Trials - One of the Most Powerful Tools for Case Evaluation and Trial Preparation
ABTL Report
July, 2004

Everything You Ever Wanted to Know about Choice of Law Issues
OCTLA Gavel
April, 2003

Lecturer, How to Use Multimedia in Trial
2022
Orange County College of Trial Advocacy

Lecturer, How to Use Multimedia in Opening Statement
2019
Orange County College of Trial Advocacy

How to Prepare for and Take “C-Suite” Depositions, Orange County Bar Association
September 2019

How to Avoid Legal Malpractice and Keep Your License
March 13, 2018
Ferguson Inn of Court

How to Avoid Legal Malpractice
2014
AttorneyCredits.com

Effective Use of Multimedia at Mediation and Trial
October 23, 2013
Robert A. Banyard Inn of Court

How to Conduct Voir Dire
2007
County College of Trial Advocacy

How to Conduct Voir Dire
2003
OCBA

Mock Trials - Everything You Ever Wanted to Know
2002
OCTLA

Everything You Ever Wanted to Know About Mock Trials and Focus Groups
2000
OCBA, Business Litigation Section