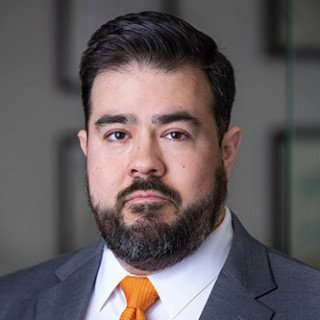 Alan Romero, a 2020 CAALA Trial Lawyer of the Year Finalist, is the principal and lead trial attorney of Romero Law, APC. Mr. Romero's notable results have included a historic $8.1MM jury verdict in a Fair Employment and Housing case arising out of police corruption in the Los Angeles County Sheriff's Department, a $3.05MM jury verdict related to the clarification of certain television distribution rights on behalf of STARZ Home Entertainment, LLC, a judgment of $2.76MM in a motion picture-related fraud action on behalf of Anchor Bay Entertainment, LLC, and a $1.5MM settlement in a medical malpractice action which resulted in a published appellate decision radically altering California law with respect to the enforcement of Medi-Cal liens against injured minors. Mr. Romero has been rated "AV Preeminent" by Martindale-Hubbell, having been ranked at the highest level of professional excellence for his legal expertise, communication skills, and ethical standards by his peers. Mr. Romero has also been named a Lawdragon 500 Leading Plaintiff Employment Lawyer, and has served as an instructor at the CAALA Plaintiff's Trial Academy and at the CELA Trial College.

Mr. Romero received his Bachelor of Arts in Political Science from California State University in Los Angeles, where he was accepted into the Early Entrance Program at the age of fifteen. Mr. Romero then went on to obtain his Juris Doctor from Southwestern Law School in the accelerated two-year SCALE program.

A Board Certified Behavior Analyst, Mr. Romero presently serves as a Director-at-Large for the alumni associations of Southwestern Law School and California State University at Los Angeles. A fourth-generation Angeleno, Mr. Romero is natively fluent in Spanish.

Central District of California
Since 2007

Romero Law, APC - Who We Are