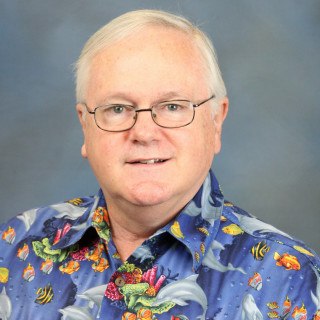 Neil is a 30-year litigator who aggressively advocates employee rights against medium sized and large employers. Neil is also an adjunct professor of law, teaching employment law and law practice management. He is highly respected among his peers and by his former clients. He has been named a Southern California Super Lawyer and one of the Best Employers in Orange County several years running. He was named Attorney of the Year by the State Bar Solo and Small Firm Section in 2016. He has tried several significant matters to settlements and judgments in the high six-figure and the seven figure ranges.Neil's Orange County law firm represents employees in all Southern California courts, including the federal courts located therein. He is equally comfortable arbitrating disputes.

Getting Paid: 20 Ways to Avoid Fee Disputes With Your Client
The Bottom Line, official publication of the State Bar Law Practice Management and Technology Section
July, 2017

The Wild, Wild West of PAGA Litigation
eNewsletter for the Solo and Small Firm Practitioner Section of the State Bar of California
January, 2016

There’s A Thief In Your Office: The Hidden Cost of Non-Business-Related Internet Use and Texting
The Bottom Line, official publication of the State Bar Law Practice Management and Technology Section
December, 2015

Going Paperless: The Nuts and Bolts of Converting Your Office to a Digital Environment
The Bottom Line, official publication of the State Bar Law Practice Management and Technology Section
October, 2015

Going Digital: Now is the Time to Convert Your Practice to a Paperless Environment
The Bottom Line, official publication of the State Bar Law Practice Management and Technology Section
August, 2015

“A Message from the Guest Editor” for “The Attorney as Employer” edition of The Bottom Line
The Bottom Line, official publication of the State Bar Law Practice Management and Technology Section
February, 2013

Authored a chapter entitled “Operating Successfully in a Solo or Small Firm Environment: What Lawyers Need to Know Before Striking Out on their Own.”
“Inside the Minds: Establishing a Successful Solo Practice” published by Aspatore Books, a Thomson Reuters business
September, 2011

The Prospective Client and Beyond, Client Interviews to Identify Problem Clients and Avoid Potential Pitfalls During the Representation, A one-hour presentation to the Peter M. Elliott American Inn of Court
November 9, 2017

Money, Fees, and Pricing (Making Your Money Work for You), “Start Your Law Practice,” a three-day conference held in Indianapolis, Indiana
November 19, 2017

How Did I Get Into Employment Law? | Pedersen Law, APC

How Did I Get Into Employment Law

Common Violations Of The Fair Employment And Housing Act

Q. Covid Vaccine Mandate - Booster
June 29, 2022
A: You get the booster. If you refuse to do what your employer wants, you get fired. It is that simple. Sorry. Good luck to you.

Q. Can i file a lawsuit against my employer for not giving me any kind of lenience with being autistic?
June 24, 2022
A: When you have a disabling condition that makes it such that you cannot perform the essential functions of your job without some kind of reasonable accommodation, you need to place the employer on notice of your restrictions and provide suggested ways you could be accommodated so that you can perform those essential functions. Unfortunately, it is not enough to tell your employer you have autism and assume the employer knows what you need as a form of accommodation. There is nothing unlawful about an employer expecting that you will not forget things or having your mind elsewhere. Employers are allowed to expect employees to perform at a certain level of proficiency regardless of disability. The other things you have complained about are not unlawful. Taking pictures of you in the workplace is not unlawful. Listening to you and watching you through cameras that you know are present is not unlawful. Not giving you a lot of paperwork at the start of the job will not give you a valuable legal claim. Good luck to you.

Q. Company forced 1 hour lunch breaks on me when I was only taking 30 minutes with no breaks
June 22, 2022
A: You have not asked a question. There is nothing unlawful about your employer making you take a one hour meal period. It is unlawful for an employer to not give you a reasonable opportunity to take a duty free and uninterrupted 10 minute rest period for every four hours that you work. Good luck to you.