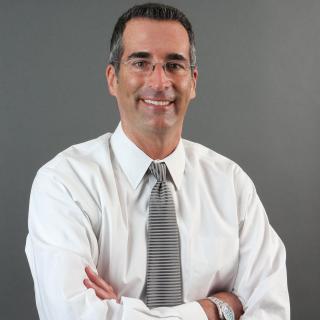 Nick Nemeth, a name synonymous with IRS debt resolution excellence, is a graduate of the University of North Texas who prides himself on being a Texan. He attended Texas A&M School of Law, formerly known as Texas Wesleyan School of Law. In addition to being a member of the State Bar of Texas, Nick is admitted to practice before the United States Tax Court and the Supreme Court of the United States of America.

Nick has been an attorney for more than 20 years. He has in depth experience in helping individuals and businesses with diverse IRS tax issues. With his extensive experience, he has garnered the knowledge and skills necessary to negotiate with the Internal Revenue Service and he possesses a laudable consistency of successful legal representation. Another part of Nick’s success is attributable to his unwavering passion for solving IRS problems.

It may be surprising to know that Nick was actually born and raised in Ottawa, Ontario, Canada, and also spent his teen years playing squash. He jokes and says, “Squash is just a fancy version of racquetball”. Nick earned the title of National Squash Champion in the early eighties. He also played on the Canadian National Squash team, competing in the World Championships in Sweden in 1981. According to Nick, “Canada is beautiful, but I longed for warmer weather and headed south”.

When Nick is not in the office sharing his expertise, he is usually mentoring his two sons; one of which is currently starting his career in law and the other is working on his second graduate degree in Marine biology at the University of Hawaii at Manoa. Family is at the core of all the values important to Nick.

Silver Award of Distinction
US Tax
2010

Member in Good Standing
Association of Trial Lawyers of America
1998

Come with an IRS Problem and Leave with a Smile

An estimated of 10 million Americans face tax penalties each year - You are not alone in this fight! All IRS problems are different and deserve the attention of an...

The Law Offices of Nick Nemeth, PLLC, prides ourselves in unparalleled customer service and support for our clients. Our office offers an entire professional team to ensure our clients are...

Nick Nemeth has been an attorney for more than 16 years. He has in depth experience in helping individuals and businesses with diverse IRS tax issues. http://bit.ly/2k2cx78

Q. I worked 4 months in 2021 and made $4500.00. I also received $15,900 in social security benefits. Do I need to file tax?
April 14, 2022
A: Generally, if your Social Security benefits are your only source of income, then they are usually not considered taxable income. If Social Security is your only source of income, then you typically do not need to file a tax return. If you are still working when you receive Social Security benefits and you have income from other sources, it is possible that a portion of your Social Security income will be taxable. If the $4,500 is from self employment / 1099-NEC then you will have a filing requirement. If the $4,500 is from w-2 wages then you may want to file if you had federal withholding because you may be owed a refund.