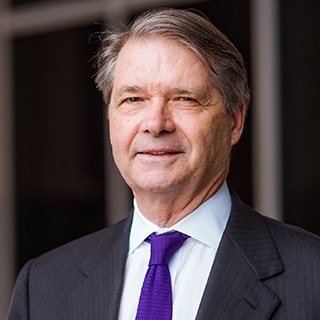 Randall Roden is a trial and appellate lawyer who began his career with the United States Department of Justice. During his more than six years with the Justice Department, he tried cases in federal courts throughout the Southeast. He now handles civil trials and appeals at all levels in the state and federal court systems in North Carolina, primarily representing individuals and businesses in intellectual property, contract and business ownership disputes. At Tharrington Smith, Mr. Roden has successfully represented both plaintiffs and defendants. He is listed in Best Lawyers In America®, 2013 & 2014 for distinction in intellectual property litigation. Although the majority of his cases involve intellectual property or other business disputes, he also has extensive experience in media and First Amendment cases, construction litigation, will and estate contests and personal injury litigation. Mr. Roden has been appointed by the Chief Judge of the Eastern District of North Carolina to a second two-year term on the Civil Rules Subcommittee of the Eastern District of North Carolina. He is licensed to practice law in North Carolina and the District of Columbia and is a member of the bar of all federal courts in North Carolina, the United States Courts of Appeals for the Fourth Circuit and the District of Columbia Circuit, the United States Claims Court, the United States Tax Court and the United States Supreme Court. Mr. Roden is a member of the American Bar Association (litigation section), the North Carolina Bar Association (litigation section), the Wake County Bar Association and the North Carolina Advocates for Justice. Mr. Roden grew up in Midland, Texas, and Columbia, Missouri; graduated from Phillips Academy in Andover, Massachusetts in 1964, and from the University of North Carolina with a degree in English in 1973 and a J.D. in 1976; and served in the United States Army from 1966 to 1969. Mr. Roden lives in Chapel Hill, where he has served on the Board.