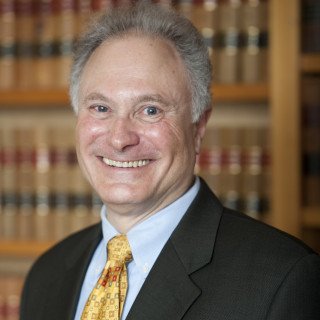 Roger E. Kohn was born in New Jersey, and moved to Vermont in 1971. Roger was graduated from the University of Pennsylvania in 1967, with a major in physics. He obtained his law degree magna cum laude (with high honors) from the University of Pennsylvania Law School in 1971, where he was a Comment Editor of the Law Review and a member of the Order of the Coif. He received the Henry C. Loughlin prize for legal ethics. Roger served as a law clerk to the Honorable Bernard J. Leddy, Chief U.S. District Judge, and worked at Vermont Legal Aid before opening his practice in Hinesburg.

Roger is a Past President of the Chittenden County Bar Association, and a member of the Vermont Bar Association and the Vermont Trial Lawyers Association (Vermont Association for Justice).  He is the President of the Vermont Employment Lawyers Association, and a past chairman of the Vermont Bar Association Workers’ Compensation Committee.  Roger is the author of a series of articles on employment law, has taught classes on the Uniform Commercial Code, and has been a presenter at numerous seminars in the areas of trial practice, employment law, workers’ compensation, and legal ethics. He has been peer-review rated as AV® Preeminent ™ by Martindale- Hubbell and has been listed in SuperLawyers magazines for a number of years in the categories of general litigation, plaintiff’s personal injury, and employment law. Roger is admitted to practice before the Vermont Supreme Court, the U.S. Supreme Court, the U.S. Court of Appeals for the Second Circuit, the U.S. District Court for the District of Vermont, and the U.S. Court of Federal Claims.  Roger was a member of the Hinesburg Planning Commission for over 25 years, and is the managing partner of Kohn Rath Law.  Roger focuses his practice in the areas of real estate and land use, employment law, personal injury, wills and estate planning, workers’ compensation, commercial litigation, and computer law.