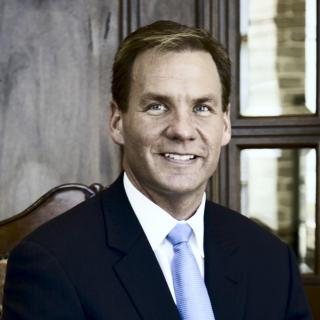 Steve Harrelson is licensed to practice law in Arkansas, Texas and Louisiana, and his practice areas include catastrophic injury, wrongful death, and medical malpractice. Steve practices throughout the three state region in state and federal courts. In addition to litigating complex issues inside the courtroom, Steve is also experienced in private negotiations, mediations, and seeking remedies at the administrative level. While Steve enjoys many areas of the legal arena, his passion is preparing for and engaging in the trial by jury. Steve believes in the constitutional right to trial by jury and is willing to protect and preserve this concept on which the American tort system is founded. In addition to his law practice, Steve served a stint in the state legislature in Arkansas from 2005 through 2012. He served as House Majority Leader and chaired the House Judiciary Committee before serving in the Arkansas Senate. Steve is very familiar with the inner workings of state government and earned a certificate from Harvard University’s John F. Kennedy School of Government in 2008 for Executives in State and Local Government. – – – – – Q&A: Why did you become a lawyer? Steve Harrelson: I chose law with the intent to bring justice to a broken world, to vindicate the rights of the weak, vulnerable and oppressed, and to confirm that justice is blind, ensuring equality to all people. To me, the law is a calling because I approach it as a way of serving others.

3 Things Not To Do After A Car Accident
Harrelson Firm Blog
September 3, 2016

Q. The woman who hit my car claimed the only reason she swerved into me was because a coffee she'd ordered from a fast food
July 5, 2018
A: No, she would still be negligent. She is the proper Defendant.

Q. What can I do about the damage to my car after a wreck?
April 26, 2018
A: Submit it to your insurance carrier. if they believe the other insurer is responsible, let them deal with it.

Q. my sister was hit by another car that passed a red light and we didn't have insurance yet and they were at fault
April 7, 2018
A: This occurred in Texas? You should be fine to pursue a claim on the other parties' insurance. Texas doesn't have a no pay, no play law (yet).