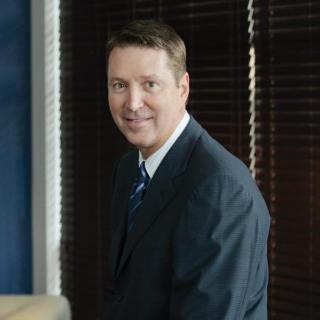 Tom Crosley graduated with a bachelor’s degree from the University of Texas in 1988, and earned his law degree from the University of Houston in 1992. That same year he was admitted to the bar in the State of Texas. Mr. Crosley is also admitted to practice in the United States District Courts for the Northern, Southern, Eastern and Western Districts of Texas, as well as the United States Court of Appeals for the Fifth Circuit. Mr. Crosley is part of numerous professional organizations in San Antonio and the state of Texas. Mr. Crosley and his team at Crosley Law Firm represent victims of personal injuries, wrongful death, automobile and trucking accidents, defective products, medical malpractice, and more.

The Big Ones Are Fun, But The Little Ones Pay The Bills (Or Do They?): Successful Pursuit of Soft Tissue Injury Claims, Advanced Personal Injury Course, Houston, TX
April 1, 2002
Texas Trial Lawyers Association

A Pre-lit and Litigation Overview, The Car Crash Seminar, San Antonio, TX
August 14, 2008
The University of Texas at Austin/School of Law CLE

Tom Crosley helped Kasi and her family when her two daughtors were involved in a car accident.

Crosley Law Firm | Who Is Responsible for a Pizza Delivery Driver's Car Accident?

Tom Crosley discusses who is responsible when a pizza delivery driver is involved in a car accident.

Crosley Law Firm | Four Signs You May Have an Undiagnosed TBI

Tom Crosley discusses four signs that somebody might have an undiagnosed brain injury.

Learn what you can do if your doctor won't see you after you've been in a car accident.

Francine was in an accident with an 18-wheeler. Learn how Crosley Law helped Francine get the medical help she needed after her car wreck.

Natalie was injured in a car accident, rendering her hand unusable, which impacted her career. Learn how Crosley helped Natalie get the help she needed to get back to work.

Lee and his friend Jack were injured in a terrible motorcycle accident. See how Crosley Law Firm handled his case and took care of him during this critical time.

Zack, terribly injured when he was run over by a speeding pizza delivery driver, needed someone who would fight for him. That's when he turned to Tom Crosley and the team at Crosley Law. Watch the video to learn more about Zack's journey.

Being in a car accident often makes life difficult, especially if you have been injured. The Crosley Law Firm is here to help. If you have been the victim of a car accidnet, we will make sure you identify all possible sources of insurance coverage, document evidence quickly, and help you secure medical care.

For every case in our law firm, we take extra pride in giving personal attention and customer service to our clients.

Have You Been Injured as a Passenger in a Car Crash?

Learn what to do if you've been injured as a passenger in a car crash.

How to Speak With an Insurance Adjuster After a Car Wreck

Tom Crosley gives advice on how to speak with an insurance adjuster after a car accident.

Offering no fee initial consultations and professional, personalized representation, Crosley Law Firm works diligently for their clients. Dealing with a personal injury case is never easy, and can be life-changing....