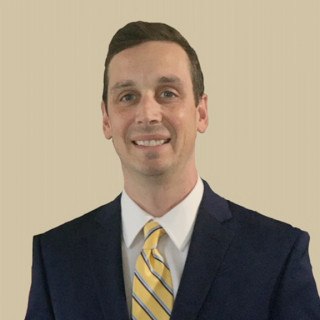 Tim has significant experience in civil litigation, personal injury, workers’ compensation and criminal defense. He attended law school at Widener University School of Law in Wilmington, DE. Tim graduated with honors and finished in the top twenty percent of his class while earning Dean’s List Honors and Certificates of Achievement in several subjects.

After Tim earned his B.S., he felt a desire and an ability to do more for people. Tim enrolled in law school the following year. He began his legal career as an unpaid student intern at a small law office in West Chester. Through his hard work and determination, he earned a position as an Associate Attorney. There, he learned to advocate on behalf of those injured in accidents, as well as those facing criminal prosecution.

After several years of hard work for his first firm, Tim took his experience and joined a large firm specializing in insurance defense in Allentown. Tim quickly discovered that the drive he had for law and his desire to help people were not being fulfilled when his clients were large insurance carriers. Tim decided to take that experience on the “other side” and use it to his advantage and to the advantage of those injured in accidents. He has appeared in almost every district and county court in the region and worked on behalf of hundreds of clients facing a variety of legal hurdles.

Expungement of a Summary Offense Conviction

Q. My girlfriend was pulled over by a state trooper and issued a citation for out of date registration and at the time she
June 21, 2022
A: She should plead not guilty. A hearing will be scheduled, and if she brings proof of current registration, the trooper may be willing to withdraw the citation. At worst, a violation for expired registration carries only a fine - there are no points or license suspension. That differs however from suspended registration, which does carry a suspension. Best wishes.

Q. A cop pulled me over and told me he would mail me a citation, but never asked me to sign anything.
June 16, 2022
A: An officer is permitted to mail you a citation in Pennsylvania. If you do receive one, feel free to reach out to a traffic or criminal defense attorney for a free consultation. There is some odd interactions between the PA and NJ vehicle code when it comes to points transferring from PA to NJ.