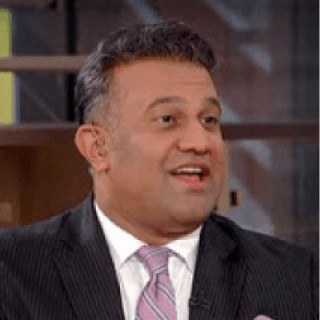 As one of the nation’s top white collar and criminal defense attorneys, former prosecutor Vinoo Varghese takes on trials and appeals other lawyers won’t—and wins. Yet, he prides himself on the fact that he has repeatedly convinced prosecutors to end cases against his clients without charges or gaining public attention, allowing those he defends to resume their lives.

Varghese is a visiting faculty member at Harvard Law School’s Trial Advocacy Workshop. The National Trial Lawyers Top 100 list has included Varghese for nine consecutive years, he is ranked as a New York Metro Super Lawyer for the past eight years and has obtained the Martindale-Hubbell AV Preeminent rating for six straight years. Earlier in Varghese’s career, the New York Law Journal recognized him as a Rising Star.

The New York Times, Forbes, The Wall Street Journal, the New York Law Journal, and Law360, have quoted Varghese for his vigorous advocacy of clients. In addition, he has published op-eds highlighting prosecutorial dilemmas with O.J. Simpson, George Floyd, and the Central Park “Karen.” In an op-ed published on March 21, 2020, Varghese challenged then Governor Cuomo’s failure, in his initial lockdown order, to include criminal defense attorneys as “essential workers.” The next day New York State designated criminal defense lawyers “essential.”

Varghese is a regular guest commentator on domestic networks ranging from FOX to CBS to CNN, and international ones from BBC to i24 Israel to Sky News Arabia. Vanity Fair invited him to fact check Hollywood scenes from The Wolf of Wall Street to Billions.

Varghese graduated from Brooklyn Law School, New York University, and Chaminade High School. In 2000, Varghese began his career as a prosecutor, and in 2006, he founded Varghese & Associates, P.C., a white-collar and criminal defense firm dedicated to helping clients across America resume their lives.

After being found guilty of two out of the five charges, will Harvey Weinstein survive his first month in prison, let alone the entire appeal process? Watch Vinoo break down...

In Defense of Lori Loughlin

Since her arrest, Vinoo has denounced the Boston U.S. Attorney’s case against Lori Loughlin calling out the lack of evidence & the government’s wasting of taxpayer dollars defending rich, private...

Vinoo gets into a heated debate with Lou Dobbs over the Mueller Report on Fox Business' Bulls & Bears with host David Asman!

Vinoo would have advised Lori Loughlin to not take the plea deal too! Watch him break down the latest news from the College Admissions Scandal on CNN's The Situation Room...

The heir to the Mexican Sinaloa Cartel testifies that El Chapo escaped jail in a laundry cart! Talk about airing out dirty laundry! Watch Vinoo break down his testimony on...