Claimed Lawyer ProfileQ&ABlawg SearchSocial Media
Paul Gerard Pfeifer
Little Rock, AR Employment Law Attorney with 24 years of experience
(501) 374-4440 111 Center St
#1200
Little Rock, AR 72201
Free ConsultationEmployment, Consumer and Products Liability
Case Western Reserve University School of Law
Show Preview
View Website View Lawyer Profile Email Lawyer
I strive to provide personal service to each and every one of my clients. This means when you call my office, I will speak with you directly and answer any question you may have. I am on your side and will personally make sure your needs are handled professionally, quickly, and with the respect you deserve. Most cases are handled on a contingency fee basis, giving my clients equal access to justice. You will not pay an attorney’s fee unless we recover for you.

I have over 20 years of experience representing individuals and families who have been victims... 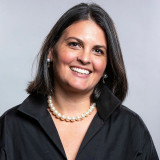 K.C. Dupps Tucker is a partner and founder of the Law Group of Northwest Arkansas LLP. K.C.’s practice involves representing individuals and corporations in all phases of complex civil litigation—with a focus on business and agricultural issues.

Although she grew up in Northwest Arkansas, K.C. graduated from Colorado College 1995 with B.A. in Political Science and Theatre. Upon graduation, she worked for Seattle Academy of Arts and Sciences as the Assistant Director of Development and Alumni Director. In 2007, K.C. received her Juris Doctorate from the University of...

C. Michael Daily is a member of Daily & Woods. He practices primarily in the areas of oil, gas and mineral law, including title examination and mineral litigation, estate planning, contract law, business law, real estate law, and collection law. Mr. Daily is a graduate of Hendrix College (B.A.) and The University of Arkansas at Little Rock (M.B.A. and J.D.). He is a member of the Sebastian County,...

Employment, Bankruptcy and Business
University of Arkansas - Fayetteville
Show Preview
View Website View Lawyer Profile Email Lawyer
Jon Cigainero grew up working on a small family farm in Northeast Texas and went to college in at Baylor University. After graduating from Baylor, Jon worked for a John Deere dealership network in Eastern Arkansas a service manager and agricultural technology consultant. After working in the ag industry for four years, Jon moved to Fayetteville to enroll in the University of Arkansas School of Law and graduated with honors. Jon began his legal career as a law clerk for the University of Arkansas Office of General Counsel and moved to private practice afterwards. Jon's practice is focused on...

Employment
University of Arkansas School of Law
Show Preview
View Website View Lawyer Profile Email Lawyer
Represent businesses and employees in breach of contract disputes and labor and employment law matters involving misclassification, minimum wage, overtime and off-the-clock violations across the county. Licensed in Texas and Arkansas, and with federal court appearances in Ohio, California, Colorado, Pennsylvania, Georgia, and Mississippi. Weekly research, draft, and file pleadings and argue cases before state and federal court and administrative tribunals. Represent individuals and families in a variety of matters including successfully winning lawsuits against the City of Little Rock over a taxi license monopoly and also over political fundraising. Also has represented individuals and families in a variety of matters including child...

Claimed Lawyer ProfileSocial Media
Kristy Boehler
Fayetteville, AR Employment Law Attorney with 11 years of experience
(479) 316-3760 1830 Shelby Lane
Fayetteville, AR 72704
Employment, Business, Insurance Defense and Workers' Comp
University of Arkansas School of Law, University of Arkansas School of Law and Drake University
Show Preview
View Website View Lawyer Profile Email Lawyer
Kristy E. Boehler is a partner with the Law Group of Northwest Arkansas LLP. She focuses her practice on agricultural and food law, after growing up on a row crop and cattle farm. Kristy graduated cum laude from Drake University in 2007, with a B.A. in Political Science and Law, Politics, and Society. Afterward, she attended law school at the University of Arkansas School of Law, graduating with a Juris Doctorate in 2011. While in school law, Kristy was a member of the Arkansas Law Review and wrote "Poultry Growers in Arkansas: Agents or Independent Contractors?", 63...

Claimed Lawyer ProfileQ&ASocial Media
Geoffrey D. Kearney
Pine Bluff, AR Employment Law Attorney with 9 years of experience
(870) 376-3068 100 S. Pine
Pine Bluff, AR 71601
Employment, Appeals, Business and Insurance Claims
University of Arkansas School of Law
Show Preview
View Website View Lawyer Profile Email Lawyer
As a general practice attorney, I assist people and businesses in a host of areas, including personal injury, employment discrimination, criminal defense, divorces, and appeals. I am based in Pine Bluff, Arkansas, and accept cases throughout Arkansas and in some parts of Missouri (primarily the greater Kansas City and St. Louis areas). I look forward to discussing the possibility of working with you on your legal matter.

Claimed Lawyer Profile
Christopher Richard Heil
AR
Employment
University of Arkansas School of Law
Show Preview
View Website View Lawyer Profile Email Lawyer
Christopher Heil was born in New York City and raised in New Jersey, just outside of Philadelphia. He moved to Little Rock when he was seventeen years old. He feels that living in different places at such an impressionable age has given him an appreciation for the interesting and diverse cultures in our country. This exposure strengthened his sense of justice, of right and wrong, and ingrained a strong compassion so that he understands that right and wrong are not always black and white, but often gray. This compassion and understanding make him a valuable part of The Brad Hendricks...

Brad has worked for many years as a trial attorney almost exclusively handling medical malpractice cases. His practice focuses on representing children with cerebral palsy or other birth injuries caused by obstetric or pediatric malpractice. Several of the cases he has settled or won at trial have been reported in a number of legal publications.

In 1980, the State of Arkansas called upon Brad Hendricks to bring the prison system...

Employment and Workers' Comp
University of Arkansas School of Law
Show Preview
View Website View Lawyer Profile Email Lawyer
Ken Kieklak is an experienced Arkansas personal injury lawyer who is dedicated to helping individuals who have been injured and/or need a social security disability attorney. Call Ken Kieklak today to set up a free consultation or visit his website.

Claimed Lawyer Profile
Mitchell Allan Harlan
North Little Rock, AR Employment Law Lawyer with 2 years of experience
(501) 422-1412 315 N. Broadway
North Little Rock, AR 72114
Free ConsultationEmployment
William H. Bowen School of Law
Show Preview
View Lawyer Profile Email Lawyer
My approach to law is informed by struggles I've witnessed, studied, and experienced. I was a college dropout when I decided to become a lawyer, but the frustration and heartache on the news each day compelled me to get involved. During my undergraduate studies at the University of Arkansas, Little Rock, I worked for a group-home providing direct care for men with mental disabilities where I learned that the only thing separating me from them was that the world approved of my quirks and not theirs. Those clients were some of my favorite people. I cherish the memories I have...

Claimed Lawyer ProfileSocial Media
James Monroe Scurlock
Little Rock, AR Employment Law Attorney
(501) 375-5545 1st Floor, Centre Place
212 Center Street, Suite 100
Little Rock, AR 72201
Employment
Show Preview
View Lawyer Profile Email Lawyer
I practice in all the state and federal courts of both Tennessee and Arkansas. I also practice in the Eastern District of Texas as well as before the United States Court of Appeals for the Eighth Circuit. I have also been associated to practice in the federal courts of Mississippi. During the course of my working life, I have negotiated more than $250 million in contracted business by building partnerships that have benefited my employers as well as my clients producing positive results from these partnerships in a time when opportunities for such success were limited. ... 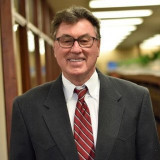 Claimed Lawyer Profile
Charles Darwin Davidson
Little Rock, AR Employment Law Attorney
(501) 374-9977 724 Garland Street
Little Rock, AR 72201
Employment, Arbitration & Mediation, Business and IP
Show Preview
View Lawyer Profile Email Lawyer
Skip is an Arkansas native from Lake Village where he grew up on a farm and worked in the construction industry before attending college. He established Davidson Law Firm in 1973 as a full-service firm with an emphasis on business transactions and business litigation. Today, the firm has expanded to four locations, serving hundreds of clients all around the state. Skip fully embraces the motto “work hard, play hard.” He believes being a successful attorney means more than working hard from 8:00 am to 5:00 pm five days a week. Clients and employees will tell you it is not unusual to...

The TechLawyers Lawyer Directory contains lawyers who have claimed their profiles and are actively seeking clients. Find more Arkansas Employment Lawyers in the Justia Legal Services and Lawyers Directory which includes profiles of more than one million lawyers licensed to practice in the United States, in addition to profiles of legal aid, pro bono and legal service organizations.