Administrative and Employment
Wayne State University Law School
Show Preview
View Website View Lawyer Profile Email Lawyer
ROBERT S. IWREY is a founding partner of The Health Law Partners, P.C. He graduated with High Distinction from the University of Michigan in 1988. While at the University of Michigan, he was an Executive Member of the Psi Chi National Honor Society and was a member of the Golden Key National Honor society. In 1993, Mr. Iwrey earned his J.D. at Wayne State University Law School, where he was awarded the American Jurisprudence Award in Advanced Legal Writing and was an award-winning member of Moot Court. Mr. Iwrey has been a practicing litigator since 1993. In addition, he...

An active participant in the bar, Robert has...

Well, at least colleagues and clients always have told me I talk less like "other" attorneys and more like a "regular" person that they actually can understand. Although that could just be my native Queens accent showing through. But, don’t let that fool you. I have attended some of the best schools in the country and worked for a decade in sophisticated billion dollar public-private institutions.

After tiring of a life in bureaucracy, in 2015, I began my own firm to bring this high level knowledge to the small business and...

Free ConsultationAdministrative, Consumer and Real Estate
Hamline University School of Law
Show Preview
View Website View Lawyer Profile Email Lawyer
With over 20 years of experience, Dustin Bowman is committed to providing skilled and knowledgeable legal representation. His practice areas include Landlord Tenant, Real Estate, Construction, Consumer, Municipal Law, Government & Administrative, Divorce, Family, and Personal Injury Law matters. Whether in or out of the courtroom, Mr. Bowman is dedicated to both outstanding service and zealous advocacy. He has built a strong reputation as an effective and efficient attorney for New Yorkers with legal needs.

Mr. Bowman received his B.A. from the University of New Hampshire in 1995. He earned his J.D. from the Hamline University School of Law in 1998....

Administrative, Business, Communications and IP
The George Washington University Law School and Suffolk University Law School
Show Preview
View Website View Lawyer Profile
Daniel H. Erskine, a New York and Connecticut admitted attorney and solicitor of England and Wales, represents U.S. individuals, companies, joint ventures, foreign businesses, and foreign nationals on complex legal matters under U.S. and U.K. law. Prior to entering private practice, Mr. Erskine served as a shareholder and counsel to a business involved in relocating large scale production facilities from either US or foreign locations. Mr. Erskine also completed a judicial clerkship at the Superior Court of the District of Columbia in Washington, DC. He now operates a solo practice focused on international business transactions, advising on US and English...

Administrative, Appeals, Environmental and Real Estate
Syracuse University
Show Preview
View Website View Lawyer Profile Email Lawyer
Turner and Turner was established in 1996 and has provided high-quality legal representation to clients in the business, real estate, environmental and municipal community ever since. Turner & Turner is dedicated to staying at the leading edge of emerging issues and trends providing our clients unparalleled scholarship. Our record of achievement speaks for itself.

Free ConsultationAdministrative
Quinnipiac University School of Law
Show Preview
View Blog View Lawyer Profile Email Lawyer
I was born and raised in Brooklyn, New York. I attended and graduated from Manhattan College summa cum laude in 1999 with a Bachelor of Arts Degree in Government and International Studies, earning the College’s Ryan Medal for Government and induction into multiple honor societies, including Phi Beta Kappa. I received my Juris Doctorate at Quinnipiac University School of Law in 2002 – at age 23. I am licensed to practice law in the State of New York and has been admitted to practice in federal court in the Southern & Eastern Districts of New York. I am a...

Claimed Lawyer ProfileSocial Media
Lawrence D. O'Neill
New York, NY Gov & Administrative Law Lawyer with 47 years of experience
(917) 753-6147 150 East 52nd Street
1901
New York, NY 10019
Administrative, Appeals, Arbitration & Mediation and Communications
University of Baltimore School of Law
Show Preview
View Website View Lawyer Profile
Mr. O'Neill was born in Granite City, Illinois to Lawrence Frederick O'Neill, a highly decorated Irish-American fighter pilot and ace, and Dorothy Lee Breckenridge, a member of the famous American Breckenridge family. He spent his childhood on various naval bases where is father was subsequently stationed. He completed his secondary education at St. Aloysius School, in Malta, and graduated with a degree in Economics from the University of Maryland. He served in the US. Army during the Vietnam war in the Army Security Agency, assigned to the National Security Agency (NSA). He subsequently graduated from law...

Claimed Lawyer ProfileQ&A
Peter Joseph Tomao
Garden City, NY Gov & Administrative Law Attorney with 45 years of experience
(516) 877-7015 226 7th Street, Suite 302
Garden City, NY 11530
Administrative and Tax
Columbia Law School
Show Preview
View Website View Lawyer Profile
I represent people and companies facing inquiries by government agencies. I have more than 30 years experience dealing with government both as an attorney representing clients and as a federal prosecutor. I have extensive experience with inquiries regarding multiple agencies, such as the Federal Bureau of Investigation, the Internal Revenue Service, the New York State Attorney General's Office, the NY Department of Taxation and Finance, the US and NY Department of Labor as well as various district attorneys and United States Attorneys.

Claimed Lawyer ProfileSocial Media
Leo Glickman
New York, NY Gov & Administrative Law Lawyer with 26 years of experience
(718) 852-3710 5030 Broadway
Suite 652
New York, NY 10034
Administrative and Employment
Brooklyn Law School
Show Preview
View Website View Lawyer Profile
Founding partner Leo Glickman has a long track record of holding the powerful accountable and fighting for progressive candidates and causes. While serving as the NY State Chair of Common Cause, he spearheaded legal efforts to force the Republican-led New York State Senate to open their financial books. The case resulted in a landmark decision by the Court of Appeals, Weston vs. Sloan, that requires the State Senate to disclose its taxpayer-funded budget to the public. Mr. Glickman is an experienced civil rights litigator, representing clients whose constitutional rights have been violated by members of the Police Department and the Department... 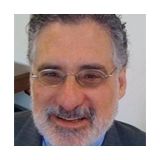 The TechLawyers Lawyer Directory contains lawyers who have claimed their profiles and are actively seeking clients. Find more Brentwood Government & Administrative Lawyers in the Justia Legal Services and Lawyers Directory which includes profiles of more than one million lawyers licensed to practice in the United States, in addition to profiles of legal aid, pro bono and legal service organizations.