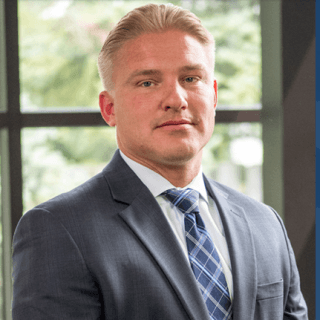 As Managing Partner at Tully Rinckey PLLC, Anthony relies heavily on his vast leadership experience in overseeing the daily operations of the Buffalo office and its staff. As a military leader, having served over 22 years in the U.S. Army and Army Reserve, Anthony brings decades of leadership training and experience to the Buffalo office. Anthony has previously served as a senior drill sergeant, a combat intelligence advisor to the New Iraqi Amy, and a first sergeant and acting commander to a combat engineer drill sergeant company. Anthony is currently serving in a brigade-level staff sergeant major position. Anthony has trained and supervised thousands of soldiers and officers across two different countries’ armed forces.

As an attorney, Anthony focuses much of his time on the representation of military personnel, federal government employees and federal agents, as well as private employers and not for profit corporations. Anthony’s practice areas include military law, national security representation, federal labor and employment law, veterans’ benefits and corporate law.

Gearing Up Your Business for Success, Veterans in Economic Transition Conference, Albany
November 28, 2017
VETCON
This session covered your options for setting up your business for success. Discussions include tactics to effectively manage your business, including personnel management, who you need in your corner for support (i.e. a banker, an accountant, insurance and a lawyer), intellectual property concerns that might affect your business, and how to develop policies that help your business succeed and grow.

As Managing Partner at Tully Rinckey PLLC, Anthony relies heavily on his vast leadership experience in overseeing the daily operations of the Buffalo office and its staff. As the Chair...