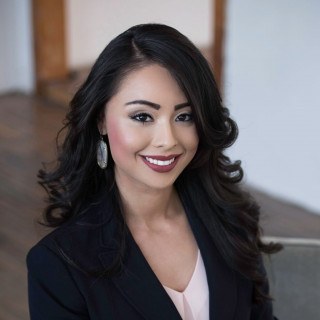 
Daisy Chaparro was born and raised in El Paso, Texas. She graduated from El Dorado High School in 2008 and obtained a Bachelor of Arts in Political Science with a minor in Philosophy from St. Mary’s University in 2012. During the summers of 2010, 2011, and 2012 Ms. Chaparro was a legal intern for Lerma Law in El Paso, Texas. Ms. Chaparro then obtained her Juris Doctorate (magna cum laude) from Texas Tech University School of Law in 2015. She was admitted and licensed to practice law in the State of Texas in November of 2015 and in the State of New Mexico in April of 2016.While in law school, Ms. Chaparro developed a passion for oral and written advocacy. She represented Texas Tech Law as both an oralist and a brief writer in five national advocacy teams. She earned the Top Grade Award in her Trial Advocacy and in her Appellate Advocacy class. At the completion of her law school career, Ms. Chaparro earned the highest national advocacy distinction for law students when she was inducted into the National Order of Barristers. Throughout her time at Texas Tech Law, Ms. Chaparro served as the President of the Hispanic Law Student Association, on the Dean’s Student Ambassador Corp. as both an Ambassador and as a member of the Board of Directors, as a Student Attorney for the Civil Practice Clinic, and as an active member of the Board of Barristers.