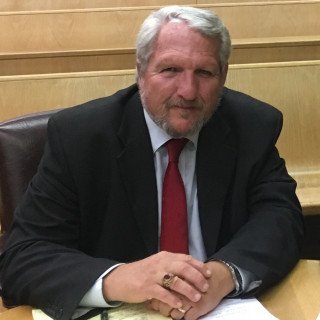 James T. Reilly has been practicing since 1979. He is an experienced trial lawyer with over fifty jury cases tried to verdict. He concentrates his practice in both civil and criminal litigation. Jury awards include medical malpractice, wrongful death, fraud prosecution and various types of personal injuries. He has defended cases in criminal courts ranging from fitness trials in murder cases to DUI’s. In addition to these, he has successfully defended persons charged with arson, aggravated battery, drug offenses and other felonies and misdemeanors.

Reilly has served as a LaSalle County Assistant Public Defender since 2000. He represents clients before the Illinois Workers’ Compensation Commission. He has an extensive Social Security Disability practice obtaining permanent disability awards for over 200 clients. He is also the LaSalle County Guardian Ad Litem for abused and neglected children. He represents virtually all minors charged in LaSalle County for adjudication of wardship under the Juvenile Court Act. Reilly is a graduate of Loyola School of Law in Chicago. He received his undergraduate degree with double majors in Economics and Finance from the University of Illinois.

He practiced in the Chicago area in private practice and with the National District Attorney Association before moving to LaSalle County. With NDAA he served as editor in chief of its magazine, “The Prosecutor”, and project manager for Victim/Witness Assistance Project, Child Support Enforcement Project and Alternatives to Incarceration Project. He was the Association Staff Attorney.

Attorney
Law Offices of Reilly & Skerston
Current
James T. Reilly and Jennifer Bunker Skerston have been concentrating in civil and criminal litigation for over 45 years of combined success.

Tradition of Excellence Award
Illinois State Bar
2020
Presented by the General Practice Section in recognition of his contribution to and enhancement of the general practice of law. It is given to the lawyer showing zealous advocacy and personal service to the profession.