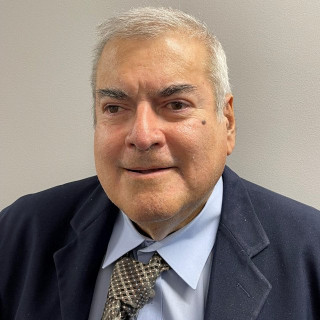 Joseph D'Annunzio's diverse work background makes him stand out as an extraordinary Attorney. With over 44 years of legal experience, he instills the confidence needed to provide successful outcomes for each client.

His career path began upon receiving his license to practice law in October of 1976. He landed his first legal occupation as an Assistant Public Defender for the Montgomery County Public Defenders Office in 1976, where he represented indigent clients charged with crimes.

During his years as a Public Defender, he pursued his dreams of having his private Firm. He succeeded in opening his office in his hometown of Conshohocken, PA, in 1978, where he helped his fellow local community members on various legal matters for 18 years.While in his private practice, Joseph served as a Solicitor to the Civil Service Commission and the Zoning Hearing Board for the Plymouth Township in Montgomery County, PA., where he became a member and the Chairman of the Zoning Hearing Board. While Joseph worked in his private Firm, he served as a Solicitor for the Montgomery County Funeral Directors Association.

Montgomery's Norristown Times-Herald highly praised Joseph's hard work and compassion for others, naming him "One of Montgomery County's" community leaders.From 1988 until 1996, Joseph served as a Solicitor for the Montgomery County Office, where his role was representing the Petitioner in Mental Health commitment hearings.

Upon closing his private Firm, Joseph was recruited by the ST. Paul Fire And Marine Insurance Company to join their Staff Counsel Office as a Senior Litigator where he was appointed as a Hearing Member for the St. Paul Disciplinary Board. He was involved for a total of 6 years, a total of two three-year terms from 1996 to 2005. After representing the company as fee counsel, Joseph was designated as the counsel of choice and represented several major construction companies in litigation matters.

Pennsylvania
Disciplinary Board of the Supreme Court of Pennsylvania
ID Number: 23384
Since 1976

GOVERNMENT EMPLOYEES INSURANCE COMPANY
2009 - 2018
Partnered with the Real Estate Division and the Human Resources Office to establish a Staff Counsel Trial Division Office for Central Pennsylvania. Received and handled all litigation assignments representing the Company as defense counsel for GEICO

NATIONWIDE MUTUAL INSURANCE COMPANY
2005 - 2009
Hired externally to manage the largest Staff Counsel Office in Pennsylvania, selected to turn around a staff that had failed a company audit.

The Roadmap to Your New Life

Medical Records - How to Obtain and Interrupt
Montgomery Bar Association

Divorce Attorney Jason R Carpenter's appearance on Good Day PA for a Zoom Interview in May 2020 discussing his firm and its philosophy when handling cases.

Divorce Attorney Jason R Carpenter's appearance on Good Day PA for a Zoom Interview in May 2020 discussing his firm and its philosophy when handling cases.

Q. Metal piece on the sides of the columns in Walmart fell on my daughters face and cut/scratched her.
November 5, 2021
A: Because it is a business premises, the liability of the store is based upon the duty that it owes to the person who was injured. In this case, since the families were o the premises as customers, they are business invitees and are owed the highest degree of care. The piece that was used to secure the area that fell was missing screws and was not properly secured. This could not be known by the customer. Therefore, the store breached its duty of care.