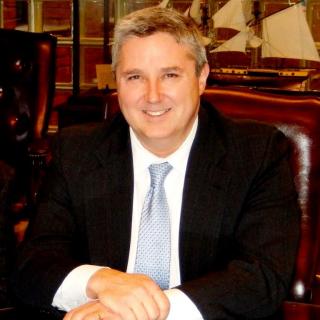 Mike Colarusso received his Bachelor of Science degree in Finance and Economics from the Pennsylvania State University in 1982, and he received his Juris Doctor degree from the University of Pittsburgh in 1985. Mr. Colarusso served as a judicial clerk for one year and then joined the law firm in 1986. Since that time, Mr. Colarusso has represented individuals injured in construction accidents, in automobile accidents, by defective products, and by negligent doctors and hospitals. He is a civil trial lawyer, admitted to practice in the Federal and State courts of Pennsylvania, and he is a member of the Allegheny County Bar Association, the Pennsylvania Association for Justice, the American Association for Justice, and the American Bar Association. He is also listed in The National Registry of Who's Who, and he is a member of the Million Dollar Advocates Forum. Mr. Colarusso is an invited member of the Academy of Trial Lawyers of Allegheny County, has an "AV" (highest) rating from Martindale-Hubbell, and has been selected as a Pennsylvania "Super Lawyer" and recognized as one of the "Top Attorneys in Pennsylvania" by the National Registry.