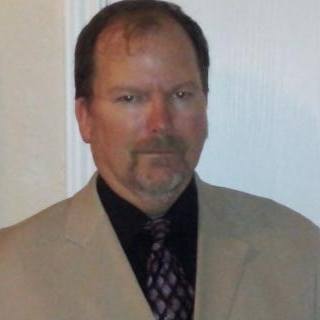 Roy is a Texan, graduating from Texas City High School. After getting life's hard lessons for 10 years he finally entered college, where despite his late start he earned accolades and academic scholarships. He graduated in the top 10% of his class in just 3 years while also working. After he graduated with a Bachelor of Accountancy from University of North Dakota, he passed the CPA exam and entered law school. Roy and his wife Laurie (they met when they were only 15 and married at 18), along with their 4 children, moved back to Texas so Roy could enroll at South Texas College of Law, in Houston. While attending STCL he worked with Super Lawyer Alton Todd in Alvin Texas. Roy credits his legal success to the mentor-ship of Alton Todd where Roy became a successful and professional lawyer protecting people's dreams across Texas. The appeals he wrote, starting his 1st year in law school (as a clerk) appealing lower court decisions to Appellate Courts and State Supreme Courts resulted in reversal of cases and laws to protect Constitutional rights of people. In fact, the first week after becoming a lawyer he won his 1st trial against a well known Super Lawyer that had been practicing 20 years. The next week Roy was winning again, obtaining a reversal on an appeal to the Corpus Christi Court of Appeals. He had 3 seasoned lawyers as opponents; one was so well known an argument against Joe Jamail was published law school books Roy studied in law school. For the past 31 years Roy has earned a reputation to be creative, successful, and well regarded by clients, peers and judges alike. Throughout his life and career he has demonstrated he is intelligent, fearless and a winner. He has been fighting his whole life so he is ready to fight for you. He is never judgmental of anyone and always respectful. He is just the kind of lawyer you need because he cares, understands, and will compassionately fight for his clients to protect their dreams and freedom.

Owner/Lawyer
Law Office of Roy L. Warren,
1991 - Current
With respect to worker's compensation few people can match my experience. I have been involved with more than 4,000 worker's compensation cases by: (1) representing injured workers (IW) at all levels, including judicial review (jury trial); (2) working for insurance carriers, (3) teaching or moderating WC to other attorneys (3) working as administrative Judge for the Appeals Panel with DWC reviewing cases to ensure legal and factually sufficient reasons to affirm or reverse; (4) testifying as an expert witness on WC matters. Also I represent those charged with crimes whether it’s a traffic violation, misdemeanor, murder, or First Degree Felonies. Regarding Personal Injury cases, I have represented people for violation of Constitution rights, injured in automobiles, slip and falls, injured when sitting on a broken toilet seat, and I even assisted people with having their tortoises returned

South Texas College of Law
J.D. | Law
1989 - 1991
Honors: Received American Jurispudence Award for Excellence in Property Law I and also Property Law II. Received award for highest grades in Civil Rights and Civil RICO.
Activities: While at UND I was elected as a Student Senator and I was appointed to be the Chairman of the Appropriations Committee. I was also a member of VITA. While at STCL I was a member of the moot court team and was a quarter finalist.

University of North Dakota
B.A. | Accounting
1983 - 1987
Honors: Awarded Accounting Department Scholarship for excellence in Accounting; Graduated in top 15%, Named to Honor Society Beta Alpha Psi; Named to deans list and National Deans list on multiple occassion.
Activities: I was elected Student Senator at UND and was also elected to be the Chair of the Appropriations Committee.

Outstanding Contributions of Legal Services to Low-Income Texans
The Pro Bono College of the State Bar of Texas
2017
Providing legal services pro bono to those that cannot afford a lawyer.

USAA Amatuer Boxing Asssociation
Trainer/Judge
1995 - 2004
Activities: As a certified boxing instructor with U.S.A.A. I trained amateurs in boxing. I was also certified to judge the events. 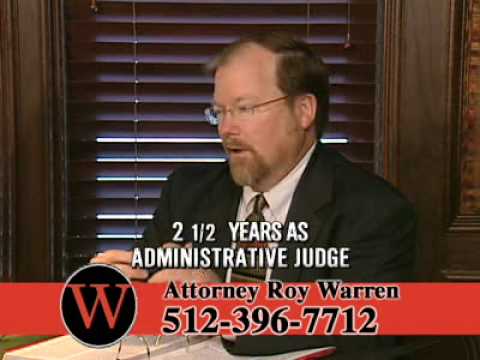 Q. With multiple charges, if some of the charges are dismissed, are bond conditions exclusive to those charges dropped?
November 17, 2020
A: I agree with his honor, I answer also to explain how dastardly the State can be on some case, particularly unpopular cases such as sexual assault of a child. They are not all guilty but I had a case where the person had to bond out twice, once after being indicted.

Q. Exam date and certification date different what date is correct for MMI rating?
November 17, 2020
A: Thanks for your question. I have some difficulty understanding precisely what you are asking. So with that having been said I will answer as best I can. It looks as if neither doctor said you are at MMI? If that is correct then you will stay on TIBs until you reach MMI as certified by qualified medical provider that does not give you a prospective (future) MMI date. If you're certified at MMI by a DD the DWC "pretends" they are not an interested party so they usually accept the DD's report, unless you can prove a significant error by the DD. Good luck to you.

Q. Should I find my own FCE specialist or is it in my best interest to use the one suggested by my treating physician?
November 17, 2020
A: Thanks for your question. If you simply use your own medical provider for the FCE, you may have to pay for it yourself. You are correct that the IC is preparing to send you off to MMI land. They are in the business of collecting premiums, not paying claims so I would not be trusting everything from the carrier. Your doctors are likely selected by the IC so you may need the DWC to appoint a "so called" independent medical provider that the DWC calls a DD (short for designated doctor). There is an inherent bias built into their evaluation b/c they do not get paid until you are certified as being MMI. If a DD has already been appointed the DWC is required to send you back to the same DD, unless they have a good reason. A couple of years ago I wrote an article on AVVO concerning visiting DD, I strongly urge you to read it. Best of luck, I hope all goes well for you.