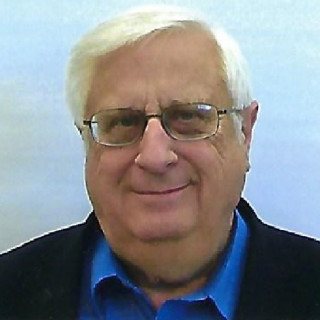 T. J. Jesky was born in Chicago and lived both upstate and downstate in Illinois most of his life. In 1973, he began his corporate career working for a Fortune 500 Company that was acquired by a Fortune 50 Company. He spent 23-years working for the International Fortune 50 Company and eventually became Division Manager. His responsibilities included commercialization of pharmaceutical products, negotiating and writing contracts with suppliers and customers, working with government agencies and he was instrumental in achieving changes in State and Federal laws for the benefit of the pharmaceutical industry. He is fluent in the Spanish language.

From 1995, he was a business consultant whose responsibilities included the designing capital structure, securing venture capital, negotiating contracts/business opportunities, developing partnerships, completing due diligence and related transactions, completed a number of real estate projects, and he was involved in the mergers and acquisitions with more than 100 companies. He is citizen of both the U.S.A. and Mexico.

He is currently a licensed attorney in Illinois. Email: tj@jeskylaw.com

United States District Court for the Northern District of Illinois

Q. I want to trademark "Trill Apparel" but "TRILL APPAREL CLOTHING COMPANY" is taken.
24 February 2020
A: It looks like you did not conduct enough research. I went to the trademark government site at USPTO.gov and searched Trill Apparel. This trademark was abandoned in 2005. See link: http://tmsearch.uspto.gov/bin/showfield?f=doc&state=4806:oxwr4i.7.1 This means that you have good chance of registering this trademark. However, we don't know why it was abandoned. There are many trademarks that begin with Trill. Perhaps they were challenged by the trademark office, that the Trill Apparel mark was too close to another's mark. On surface, I don't see any similarities, dealing with the clothing business. Here is what I would do, if I were you and I wanted to register this mark. Go to USPTO.gov and read all of the correspondence associated with this mark from 2005. The correspondence may tell you why they abandoned the mark. There could many reasons why a mark was abandoned, including the company going out of business. Once you understand why the mark was abandoned, make a management decision to apply for the national trademark. Good luck.

Q. Need guidance with creation of Series LLC in Illinois. Need to put 3 rental properties in this.
24 February 2020
A: The State of Illinois could not make it easier to form a LLC. Go to the link: https://www.cyberdriveillinois.com/departments/business_services/organization/llc_instructions.html At the bottom of the page on this link, hit the button that says "File." You will be asked a number of questions, which will guide you through the process. At the end of all of the questions, you submit your filing and pay your fee, and the LLC will be formed by the Illinois Secretary of State. I believe the filing fee to form an LLC in Illinois is $150. It takes about two week to process. If you are in hurry, you can pay an additional $100 as an expedite fee,, and it will be formed in less than 24 hours. Before you go the link above, let me suggest you search LLC's on the Secretary of State's website, to make sure that no one has already registered an LLC under to name your want.

Q. Under what circumstances is a product considered to be defective?
19 February 2019
A: There are different types of defects and different theories. However, to answer you question based on negligence theory, the focus in negligence will be based on the defendant’s conduct. This would include defects that are based on : a) Negligence design; b) Negligence manufacture; c) Negligence warnings, where a product label doesn't tell you what you need to know for your protection; and d) Negligence inspections.