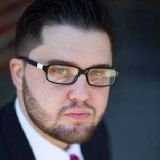 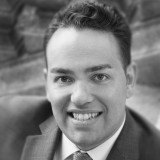 Free ConsultationWhite Collar Crime
New England Law | Boston
Show Preview
View Lawyer Profile Email Lawyer
I have been a practicing attorney for 39 years. I started out as a prosecutor with the NJ Attorney General's Office. I have been a criminal defense attorney for 36 years. My specialties include serious state and federal cases related to all types of fraud, drugs, theft, murder, extortion, assault, threats, bribery, conspiracy and other white-colar and violent crimes. I have personally handled in excess of 75 jury trials. I have been certified by the State of New Jersey as a Criminal Attorney for 33 years. I am a former President of the Association of Criminal Defense Lawyers of New...

Free ConsultationWhite Collar Crime
Emory University
Show Preview
View Lawyer Profile Email Lawyer
I was born and raised in NJ. graduating Emory Law School, Atlanta Georgia in 1978. I was a Governor's Intern assigned to the Union County Prosecutor in 1977 while in Law School and became an Assistant Prosecutor there,1980-83. I was assigned to the Appellate Section, Juvenile Section, Assignment Judge's Trial Team, Elizabeth Project Trial Team, and the Narcotic Strike Force, handling over 300 files and trying 28 case to verdict. I learned how the police and prosecutors think and act.

I have only practiced criminal defense since leaving the Prosecutor's Office, first as a partner at Nassberg... 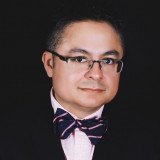 
Free ConsultationWhite Collar Crime
Show Preview
View Website View Lawyer Profile
When you think you are in trouble. S. Emile Lisboa IV devotes his practice to the rigorous defense of those accused of crimes. A former prosecutor and double certified as a criminal & municipal court trial attorney by the NJ Supreme Court, he represents people in both New Jersey and New York state and federal courts on charges ranging from murder and street crimes to fraud and complex white-collar crimes. He is a leading practitioner in driving while intoxicated cases, including vehicular homicide. Mr. Lisboa’s client list includes professional athletes, entertainers, lawyers, doctors, business leaders, law enforcement employees, public officials,...

The TechLawyers Lawyer Directory contains lawyers who have claimed their profiles and are actively seeking clients. Find more Mount Laurel White Collar Crime Lawyers in the Justia Legal Services and Lawyers Directory which includes profiles of more than one million lawyers licensed to practice in the United States, in addition to profiles of legal aid, pro bono and legal service organizations.