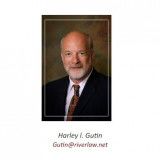 DUI and DWI: 30%
I have been representing citizens charged with DUI for over the last 20 years and before that was a prosecutor in the State Attorneys Office.

Family: 30%
In the era of "blended" families I have many clients who are married and going through a divorce and many who are not married and litigating custody issues under the heading of a paternity case.

Personal injury: 10%
Over the years clients have asked me to handle their personal injury cases and I have won... 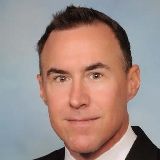 
Business, Employment and Real Estate
Florida State University College of Law
Show Preview
View Website View Lawyer Profile Email Lawyer
Matthew is a native of Florida and Brevard County and was raised locally in Merritt Island. Matthew has an extensive and diverse education which includes a bachelor’s degree in accounting, a master’s degree in taxation, and a law degree. Prior to practicing law Matthew acquired his Certified Public Accountant (CPA) license and worked in public and private accounting for several years before entering law school. Matthew’s unique background in law, accounting, and taxation provide a unique perspective that is unmatched by most attorneys. Matthew has been located in the same office in Cocoa for the past 15 years practicing... 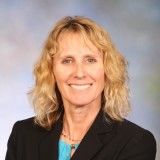 
Workers' Comp
Florida A&M University College of Law
Show Preview
View Website View Lawyer Profile Email Lawyer
Brigitta Hawkins is an Of Counsel attorney with the Central Florida law firm of Bogin, Munns & Munns. Her primary areas of practice are Social Security Disability and Workers’ Compensation. She received her B.A. from University of Central Florida (2002) and her J.D. from the Florida A&M College of Law (2006).

Ms. Hawkins is the recipient of Florida Bar President’s Pro Bono Service Award 2017 for the 18th Judicial Circuit and the Florida Association for Women Lawyers Leader in Law Award, along with several awards for her pro bono work. 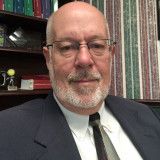 Free ConsultationAppeals
University of Miami School of Law
Show Preview
View Website View Lawyer Profile Email Lawyer
As an experienced trial lawyer, Kevin has handled more than 200 jury trials in the last 32 years. Although he has represented many clients charged with serious felony and capital offenses, a vast majority of his work involves defending citizens accused of DUI. Mr. Mawn is the recipient of the 2000 Brevard County Bar Association Professionalism Award and was a Master in the Vassar B. Carlton Inn of Court. He has served on the Board of Directors for the Bar Association and as chairman of the 18th Judicial Circuit Florida Bar Grievance Committee. 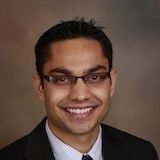 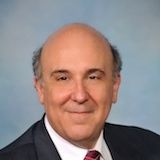 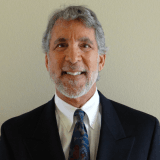 Aggressive, dynamic, innovative, and compassionate, Mr. Buchalter brings a skill set that is unique to Brevard County. His knowledge and experience enables him the ability to provide sound solutions and maximum protection... 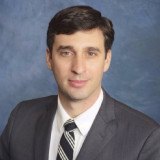 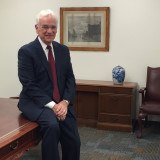 Business, International, Real Estate and Tax
The Florida State University College of Law
Show Preview
View Website View Lawyer Profile Email Lawyer
Mr. West practices in the areas of business and corporate law including business formation, structure and opportunity development planning and real estate. He has extensive experience in representing businesses and families in dealing with the creation and protection of their businesses and assets including intellectual property.

Mr. West has represented a broad range of companies and partnerships in formation and securities matters, both private and public including both stock and debt transactions. He has represented companies and their owners from initial startup situations through mergers and business sale and or break up and dissolution.

Mr. West has had extensive legal and business... 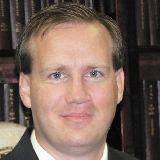 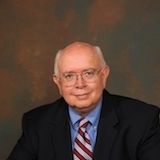 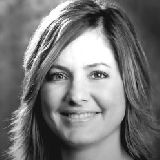 Claimed Lawyer ProfileSocial Media
Catherine Jean Jones
Titusville, FL Lawyer with 17 years of experience
(321) 203-0773 400 Orange Street
Titusville, FL 32796
Free ConsultationBankruptcy
Show Preview
View Website View Lawyer Profile
Catherine J. Jones is a 2001 distinguished military graduate of Florida State University with a Bachelor of Arts in Information Studies and a minor in Studio Art. She graduated from Florida State University College of Law in December 2003. Catherine was admitted to the Florida Bar in 2004, and admitted to practice in the Middle District of Florida in 2010. Prior to entering private practice, Catherine served as a military lawyer in the United States Army Judge Advocate General Corps. She was the managing attorney for the legal assistance office in the 82nd Airborne Division in... 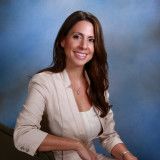 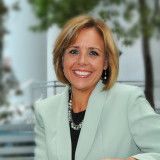 Claimed Lawyer Profile
Kathleen MacMahon
Titusville, FL Lawyer with 29 years of experience
(321) 222-7964 P.O. Box 331
Titusville, FL 32781
Business
Show Preview
View Lawyer Profile Email Lawyer
I have the commitment, knowledge and drive to deliver solutions for your complex and challenging legal issues. My experience as a commercial litigator and former in-house attorney at United Space Alliance gives me a unique perspective. I understand how large corporations operate. I realize that companies need to resolve legal matters efficiently while preserving precious resources. I also understand how consumers can suffer at the hands of unscrupulous creditors or large companies that out-man and out-resource them. Justice is only as real as the access we all have to it. Small or large, you do have a right to honest,... 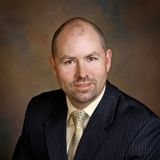 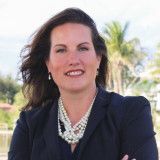 Ms. Hattaway is a Commissioner of the Canaveral Port Authority. She... 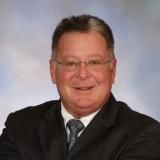 He graduated Pre-Med from Wake Forest University in 1973, and received his J.D. from the Cumberland School of Law of Samford University in 1984. Mr. Wieland has over 30 years' experience and practices in a wide array of fields.

He began his focus in Personal Injury, Wrongful Death, Products Liability, Insurance Defense, and Medical Malpractice. In 2004 he became a title insurance agent, expanding his practice areas even further to include Real... 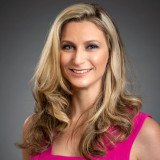 
Business, Employment, IP and Trademarks
Stetson University College of Law
Show Preview
View Website View Lawyer Profile Email Lawyer
Before Andrea started her own law firm, she worked for in house legal departments and for a boutique law firm focusing on commercial litigation where she handled a variety of business disputes.

Andrea's litigation experience taught her what agreements need to contain to stand up to a legal challenge and ways to protect her clients' rights. Her business background has been essential in applying legal advice to business matters.

As a small business owner herself, Andrea is passionate about helping others grow their businesses while reducing risk and mitigating potential legal issues. Andrea formed her own firm to be able... 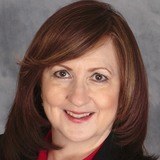 Administrative, Consumer and Employment
Barry University
Show Preview
View Website View Lawyer Profile Email Lawyer
Attorney Rebecca Dixon represents individuals who have been discriminated against on the basis of race, color, national origin, sex, religion, pregnancy, military status, age, and disability or perceived disability, as well as those discriminated against on account of FMLA leave. Ms. Dixon represents debtors who are the subject of creditors' violations of the Fair Debt Collection Practices Act and the Florida Consumer Collection Practices Act. In addition, Attorney Dixon represents birth parents and prospective adoptive parents in the placement of children for adoption. Ms. Dixon has a strong background in constitutional law and represents individuals who believe... 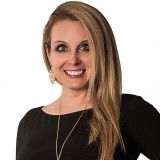 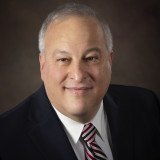 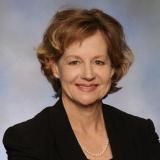 She graduated from Virginia Tech with her B.S. in 1981 and received her J.D. from the St. Thomas University School of Law in 1991. In 1992, Ms. Houser earned her LL.M in Taxation from the esteemed College of William and Mary. 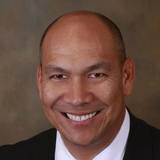 
Free ConsultationWhite Collar Crime
Shepard Broad Law Center, Nova Southeastern University
Show Preview
View Website View Lawyer Profile Email Lawyer
Ernest L. Chang is an experienced Criminal Defense Trial Lawyer, having practiced exclusively in the field of Criminal Defense since his admission to the Florida Bar in 1990. Mr. Chang obtained his Bachelor of Arts degree from the University of Florida and his Juris Doctor degree in law from Nova Southeastern University. Mr. Chang has also appeared pro hac vice, in other jurisdictions, most recently in the State of Arizona. Past experiences include prosecuting Felony trials as a Certified Legal Intern with the Miami-Dade County State Attorney’s Office, Former Public Defender with the 18th Judicial Circuit and Criminal Defense with... 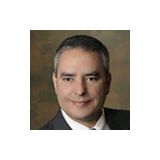 We file Chapter 13 and Chapter 7 bankruptcy. 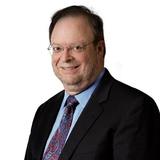 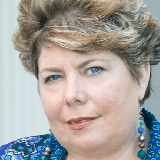 Claimed Lawyer Profile
Carole Bess
Merritt Island, FL Attorney with 31 years of experience
(321) 452-1991 101 N. Plumosa Street
Merritt Island, FL 32953
Free ConsultationBankruptcy
Samford University
Show Preview
View Website View Lawyer Profile Email Lawyer
Carole Bess has been practicing law in Brevard County, Florida, in the area of Bankruptcy since 1990. She is the founding member of Bess & Freyberg, P.A. While Carole practiced in many areas of law until 1999, and appeared many times in the Fifth District Court of Appeals, she has concentrated her practice in Consumer Bankruptcy for the last thirteen years, and has been a Consumer Bankruptcy Attorney for twenty-two years. Carole was interviewed by Scott Pelley of 60 Minutes, in January 2012, and was featured in an episode of 60 Minutes,... 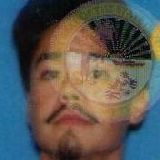 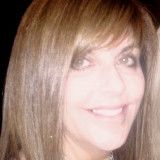 Claimed Lawyer ProfileResponsive Law
Arna Cortazzo
ROCKLEDGE, FL Lawyer with 34 years of experience
(321) 690-2363 ROCKLEDGE, FL 32956
Bankruptcy and Workers' Comp
Nova Southeastern University and University of South Florida
Show Preview
View Website View Lawyer Profile Email Lawyer
Arna Cortazzo grew up in South Florida. Her love for the ocean and Florida's beaches began at a young age, so did her quest for justice.
As a lawyer, Arna has protected the rights of Floridians for more than 30 years. While in her last year of law school, Arna began the practice of law in the juvenile division of the Broward County Public Defender’s office as a legal intern certified by the Florida Supreme Court. Upon graduation from law school and passing the...

Free ConsultationEmployment
Florida State University College of Law
Show Preview
View Website View Lawyer Profile Email Lawyer
Dedicated to representing victims of civil rights violations, unlawful discrimination and harassment of all types, our overriding goal at Tietig & Tietig is to always achieve the best possible outcome that is in our client's best interest, and we will fight fervently to see that outcome achieved. We represent people who are violated by law enforcement agencies and officers, including police officers unlawfully harmed by their own employers. We fight against false arrest, excessive force, lack of probable cause, unlawful profiling, suppression of free speech, and other Fourth Amendment violations. Tietig & Tietig also represents whistleblowers and victims... 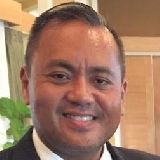 Claimed Lawyer ProfileSocial Media
Eric Enrique
Rockledge, FL Lawyer with 19 years of experience
(321) 638-2009 836 Executive Lane
Rockledge, FL 32955
Bankruptcy, Immigration and Real Estate
Show Preview
View Website View Lawyer Profile Email Lawyer
The Enrique Law Firm has been representing its clients’ legal needs since 2001. With over 20 years of legal experience, we are committed to providing excellent legal representation to our clients. The dedicated staff at the Enrique Law Firm has experience covering a broad range of issues often encountered by our local residents. For those with specialized needs, we have also developed a network of trusted attorneys experienced in other fields of law. It’s our privilege to refer clients to other specialists when appropriate for their needs. 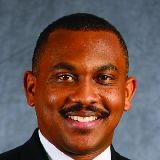 The TechLawyers Lawyer Directory contains lawyers who have claimed their profiles and are actively seeking clients. Find more Port Saint John Lawyers in the Justia Legal Services and Lawyers Directory which includes profiles of more than one million lawyers licensed to practice in the United States, in addition to profiles of legal aid, pro bono and legal service organizations.