Kristen graduated from Brooklyn Law School, where she received the Dean’s Merit Scholarship, the Lisle Scholarship, & the Lark-Barranco Scholarship. She studied a diverse array of law, including immigration, asylum law and trial advocacy. Focusing on her passion for the criminal sector, Kristen pursued a specialized Certificate in Criminal Law, which required studies in Federal Criminal Investigations, Criminal Procedure and Evidence, Securities Fraud, Law and Police Policy, Forensic Science, and New York...

Mr. Bilkis strongly believes that each client is unique and each case is different. His solutions are never “one size fits all.” He prides himself...

Additionally, while working as a prosecutor, Julie also...

Free ConsultationWhite Collar Crime, Immigration and Securities
Maurice A. Deane School of Law at Hofstra University
Show Preview
View Website View Lawyer Profile Email Lawyer
Attorney Ralph Behr has been a prominent criminal trial attorney in Florida for over 30 years. His practice is 100% criminal trials, both Federal and State. Attorney Behr is the Chairman of the Criminal Law Committee of the South Palm Beach County Bar Association. Call if you have a criminal issue, have an immigration matter with criminal aspects, or want a consultation with Attorney Behr. Practicing in Miami, Fort Lauderdale, and New York, most of my work is cases of complexity and challenge. Your freedom is mine to protect! I have over thirty...

Many traffic citations require legal guidance, especially if you have numerous tickets. There's more unwanted trouble in store if the points on your driving record push you over New York's limit.

Mr. Kron deals with a blend of regulations and criminal offenses based on state, county, or city ordinances — each related to operating a vehicle. Federal law may come...


Free ConsultationWhite Collar Crime
Nova Southeastern University
Show Preview
View Website View Lawyer Profile Email Lawyer
For over two decades, my passion has been defending the rights of my clients. My goal with every single client is to help them move forward with their lives as quickly as possible with the best possible outcome.
My practice focuses on the areas of Criminal Defense and College Disciplinary Law.

• Criminal Defense
With integrity, honesty and over 20 years of experience, I work tirelessly to defend clients in state and federal prosecutions throughout Long Island and New York City. I personally handle every step in the process, from meeting with the client and explaining all possible and probable outcomes,...


Free ConsultationWhite Collar Crime
South Texas College of Law
Show Preview
View Website View Lawyer Profile Email Lawyer
I am a Federal & State criminal trial lawyer. I do not handle anything beside criminal defense matters in Federal + State court. I cut my teeth as a prosecutor in the third largest city in the U.S., handling narcotics and major felony cases. I rose to the level of Chief Prosecutor and then I left and took that trial experience with me. I switched sides to become a defense lawyer to protect my clients' constitutional rights that get trampled everyday. Based out of New York and Los Angeles, I am the Managing Partner in both New York +...

Free ConsultationWhite Collar Crime
Georgetown University Law Center
Show Preview
View Website View Lawyer Profile Email Lawyer
I spend my days making sure that the Government lives up to its promises that police officers don’t lie, that prosecutors act with some semblance of honor, and that my clients get a fair shake, even if they have done something wrong.

Peter E. Brill is one of only two attorneys in all of New York State — and the only attorney in the New York metropolitan area — to be certified by the National Board of Trial Advocacy in Criminal Law, a certification with rigorous requirements for legal knowledge and criminal trial experience. In his nearly 20 years of practice,...

White Collar Crime and Immigration
New York Law School
Show Preview
View Website View Lawyer Profile Email Lawyer
As a veteran of the United States Air Force, I hold the same core values of "Integrity first, Service before self, and Excellence in all we do" as I did when I served. My training and expertise were in handling highly sensitive matters, computer systems, and developing technology to complete my mission. My Clients First, Justice Always approach to handling cases means I will be there for you when you need me the most. 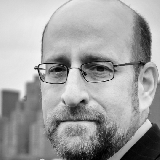 Mr. Blanch worked as an intern-prosecutor with both the Los Angeles and San Francisco District Attorneys’ Offices. There he prosecuted hundreds of felonies at probable cause hearings in criminal court under the supervision of the District Attorney’s .

Over the course of his career, Mr. Blanch and his legal team have represented executives, attorneys, accountants, health care providers,... 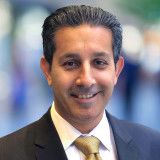 Mr. Sondhi’s extensive knowledge and experience have resulted in a number of favorable outcomes for the firm’s clients. He has represented clients and companies charged with an array of white collar crimes, including:

*Tax Evasion: Represented a Partner in...

Free ConsultationWhite Collar Crime
Fordham University School of Law
Show Preview
View Website View Lawyer Profile Email Lawyer
Richard Hochhauser is the founding partner at the Law Office of Richard Hochhauser, PLLC. As a former Assistant District Attorney, Mr. Hochhauser is a proven trial attorney having successfully taken numerous criminal cases to verdict and is highly experienced in all aspects of criminal law. As an ADA, Mr. Hochhauser prosecuted thousands of criminal cases, including DWI, hit and run, drug sale and possession, assault, domestic violence, larceny, financial fraud, ID theft, and many others. Further, Mr. Hochhauser was chosen to be a member of a specialized unit which focused on DWI and DUI prosecution.

As part of this appointment,...

Previously, Elena worked as a Felony Assistant District Attorney at the Kings County District Attorney’s Office in Brooklyn, New York where she handled thousands of cases from arraignment to disposition. During her six years at the District... 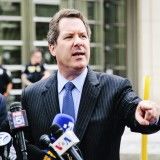 
Free ConsultationWhite Collar Crime
Duke University School of Law
Show Preview
View Website View Lawyer Profile Email Lawyer
Jeffrey Lichtman has been a criminal defense attorney for over 29 years, practicing primarily in the federal and state courts of New York. Beyond New York, New Jersey and Connecticut, Mr. Lichtman handles federal cases, appeals and investigations throughout the country. His clients include those charged with white collar and non-white collar offenses, such as RICO violations, narcotics offenses, money laundering, securities fraud, health care fraud, tax evasion and murder charges. Many of his cases and clients are internationally known and have been featured prominently in the media. A 1990 graduate of Duke Law School, Mr. Lichtman opened his... 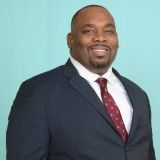 Mr. Hardaway has extensive trial and litigation experience, defending and prosecuting complex criminal and civil matters. Mr. Hardaway represents a roster of professional athletes, government officials, and celebrities and is adept at resolving sensitive matters both in and out of the courtroom.

Before joining Lord & Hardaway LLP, Mr. Hardaway worked for several years as an attorney with a top litigation law firm.  Mr. Hardaway has... 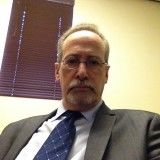 I received my J.D. from the Maurice A. Deane School of Law at Hofstra University in 1977. Thereafter, I was licensed to practice law in the State of New York. I am committed to providing exceptional service and representation in pursuit of the best possible outcomes. 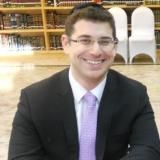 
Free ConsultationWhite Collar Crime
Show Preview
View Website View Lawyer Profile Email Lawyer
I an aggressive and driven trial lawyer focusing on criminal defense and civil rights. I love what I do and I am driven to maximize my efforts for my clients. Contact me for a dedicated and honest lawyer at 646-450-3484 or jzw@jzweinsteinlaw.com. 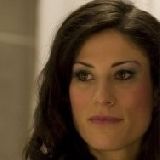 Free ConsultationWhite Collar Crime
Georgetown University Law Center
Show Preview
View Website View Lawyer Profile Email Lawyer
Illisa Brownstein is a skilled and experienced attorney at the Law Offices of Stephen Bilkis & Associates. She has been licensed to practice law in New York since 2004. Ms. Brownstein is a member of the New York State Bar, New York State Association of Criminal Defense Lawyers, National Association of Criminal Defense Attorneys, and the New York Criminal Bar Association. She received her B.S. from the University of Michigan in 2000, and her J.D. from Georgetown University Law Center in 2003. 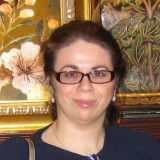 Later began my legal career as associate for the Law Offices of Frederick H. Cohn, where we focused on criminal defense. I appeared in Federal courts in Manhattan and Brooklyn... 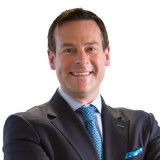 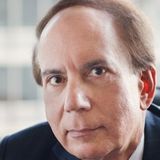 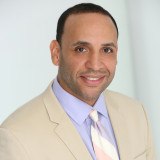 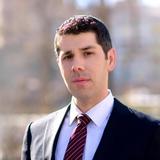 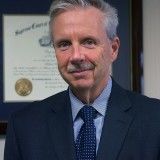 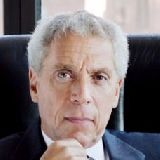 Claimed Lawyer Profile
Robert F. Katzberg
New York County, NY White Collar Crime Lawyer with 48 years of experience
(212) 750-3100 767 3rd Ave
#26
New York, NY 10017
White Collar Crime
Show Preview
View Website View Lawyer Profile Email Lawyer
Robert F. Katzberg has been a partner in Kaplan & Katzberg since the partnership’s formation in 1977. Mr. Katzberg has been cited in The International Who’s Who of Business Defense Lawyers, Best Lawyers in America, Best Lawyers in New York (New York Magazine) and Super Lawyers, each in the “white collar criminal” category. Among his most newsworthy courtroom victories was the acquittal of Chicago attorney Richard Joseph in one of the country’s first currency transaction reporting prosecutions, the acquittal of Andrew Hanna, a Las Vegas businessman charged under the federal RICO statute in Newark, New Jersey and the acquittal of a real...

The TechLawyers Lawyer Directory contains lawyers who have claimed their profiles and are actively seeking clients. Find more Bronx County White Collar Crime Lawyers in the Justia Legal Services and Lawyers Directory which includes profiles of more than one million lawyers licensed to practice in the United States, in addition to profiles of legal aid, pro bono and legal service organizations.